have you seen the koh-i-noor? 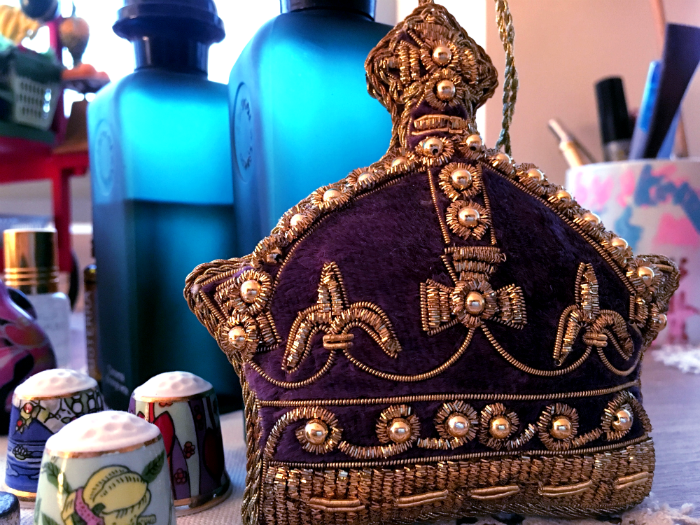 again a clamour for its return starts. and now i am older, even if not wiser, and i must see it’s not as simple as it looks. or looked, when i was eight and nine and ten, even twelve and thirteen and was told an uncomplicated, straightforward thing: the koh-i-noor diamond is the most beautiful diamond in the world and it belongs to us… first nadir shah stole it and then the british.

for some reason quite unfathomable, but then aren’t we humans really that, i thought of nadir shah as a common thief, mean and arrogant, marauding and greedy, who galloped into my country on his wild horse and made away with the peacock throne of shah jahan, the koh-i-noor shining on it.

as for the british, they were bad guys, very bad guys in fact, who looted our land even while our brave freedom fighters were driving them out and they just swiped the diamond, took it to england, set it on the crown of their queen. who would do such a thing? didn’t they have a diamond of their own?

so while nadir shah looked like a ferocious plunderer, the brits somehow looked like cheapskates. they didn’t even have a jewel of their own for the royal family that had ruled most of the world.

i never pondered a point. how did the koh-i-noor, the mountain of light, which was already stolen from us, come back to india to be heisted again? then at almost fifty, i read a bit about the sikh empire, its growth, its games, its power, the anglo-sikh wars, the victory of the brits… a most cursory read, i don’t recall much. but yes that was when i got to know of the minor king, duleep singh, the last maharaja of punjab.

he became king at five and lost his kingdom at ten.

the british separated him from his mother because she proved hard to control. jind kaur, the fourth wife of maharaja ranjit singh, who hadn’t committed sati with the other wives of her husband when he died in 1839 because her only child was barely ten months old, proved to be a headache for the conquerors of punjab for years.

for some reason, the british were quite taken with duleep singh though, there was this concerted effort to keep him away from his own, anglicize him, convert him. he was taken to england and queen victoria, they say, loved him; king albert too was fond of him. the story is moving. there’s so much photoshopping of history depending on whose perspective it’s from, i finally just have to rely on my instincts and emotion.

and so it was that i felt terrible for a young man, always a part of other people’s ploys; a boy who had never known his father, whose land was being fought over, loyalties shifting, betrayal lurking everywhere, and in the midst of that a complete separation from his mother at ten or eleven. i also smiled archly at the thought of a shrewd woman who knew a bit about managing people and wresting power herself perhaps… fourth wife of a maharaja, all the court and bedroom politics, humongous wealth being eyed by many, couldn’t have been easy. it was good to read, duleep singh succeeded finally and did meet his mother, albeit after thirteen years.

seems duleep singh gave the koh-i-noor to queen victoria, sorry, “surrendered” it to the empress.

on 29 march 1849, after the end of the second anglo-sikh war, the kingdom of punjab was annexed to british india. the last treaty of lahore mentions in its article iii, “The gem called the Koh-i-Noor, which was taken from Shah Sooja-ool-moolk by Maharajah Runjeet Singh, shall be surrendered by the Maharajah of Lahore to the Queen of England.” the quote is from wikipedia, you’ll find the full treaty here.

i am wondering now, what do you call someone who flummoxes the h out of an eleven year old and takes away his kingdom, his possessions, his right to any sovereignty ever, his mother? the treaty makers from the “honourable East India Company” were doing so “in virtue of the power vested in them, by the Right Honourable James, Earl of Dalhousie, Knight of the Most Ancient Order of the Thistle, one of Her Majesty’s Most Honourable Privy Council, Governor-General, appointed by the Honourable East India Company…”

knight of the most ancient order of the thistle? i must grin again, this is like a harry potter film, or maybe the game of thrones. but there are really no good or bad guys here… just life and its shenanigans and human beings and our complicated ways. the koh-i-noor keeps leading you to its story and the tale is profoundly circuitous and enthralling. greed, thievery, magnificence, faith, belief, curse, conquest, glory, love, joy, brilliance, cunning, beauty, misery, treachery, love, honour… its facets are endless. and it really doesn’t matter that the culet isn’t perfect or even that the diamond may have been cut badly and reduced drastically in size by one italian diamond cutter named borgio during aurangzeb’s time, or it was rose cut initially and not brilliant. i actually love the chakri or rose cut diamond’s look.

the story of the koh-i-noor takes you through practically the entire history of india… there are claims that it may be 5,000 years old, that it could be the fabled gem called syamantaka mani which is mentioned in the vishnu puran.

i gather, not too many details about this fascinating stone can be verified a hundred percent. it was most likely mined in kollur in present andhra pradesh. it has been possessed by several royals, from kakatiyas, to khiljis, to the kings of gwalior, maybe even ibrahim lodi, humayun might have loved it more than his son akbar and then given it to shah tahmasp in exchange for his help during exile. the shah may not have found it remarkable and sent it off as a gift to some king in india, but then it never reached.

it is mentioned in the baburnama that after the 1526 battle of panipat, humayun gave it to his father babur as “peshkash,” while babur returned it to his son as present. nice exchange that.

from persia, it went to afghanistan and then with shah shooja-ul-moolk of the treaty or shah shuja as we called him in school, it came to lahore and maharaja ranjit singh, via kashmir. from time to time, the stone would disappear completely and not be mentioned for years, even centuries. and then again, one fine day, it’s dazzling and tempting us once more.

the few things that seem to be certain. i say, “seem” because this is the all powerful, absolutely mysterious diamond of legend, how can i offend its sense of its own inscrutability by saying it is this or that. i must waffle and scrape and bow and walk backward…

back to the facts. that man i see as marauder, nadir shah, he named the stone koh-i-noor. king albert had problems with the stone, he didn’t like its look, and no, this is not ripley’s believe it or not. in 1852, the stone was cut by levie benjamin voorzanger, a dutch artisan working for mozes coster, one of the biggest and most well known diamond merchants at the time. from 186 carats or 37.2 g, the stone went down to 105.6 carats which is 21.12 g. when aurangzeb gave it to borgio, the size was said to be 793 carats, this is just an aside from this hyperventilating writer. now it’s oval stellar brilliant cut and queen victoria wore it as a brooch for a while. its colour is d and it is supposed to be a type IIa diamond, which means, it has no impurities, is pure carbon, and completely colourless, diamonds of this quality are rare. since 1937, the koh-i-noor sits on the queen mother’s crown.

this i am a hundred percent sure of. growing up, i believed one could never again see the koh-i-noor, now that the brits had it and they had locked it up along with something called crown jewels in some tower. the same place where they lopped off anne of the thousand days’ head.

on my three visits to london as a teenager, i was too busy gawking at an all new world to even think of the koh-i-noor, and beside, who wanted to go to a dark dinghy blood and gore place called the tower.

it was just a few years ago, on a trip to london, that suddenly the desire to see the koh-i-noor kicked in hard. i was willing to stand in queues to see it. what was it like? this diamond that one doesn’t own and yet it’s owned absolutely? how wonderful can a mere stone be?

i walked into the jewel house in the tower of london compound with an overpowering excitement that made me talk nonstop. the place was not a tall tower at all. it used to be the barracks i think. the crown jewels are kept on the ground floor. even as i stepped into the room past the initial displays, i thought, how fabulous can a white flashing object be, although i have a certain love for such things.

inside, the strangest sight; before me, a few steps down, stood a row of glass boxes with crowns and other royal accessories, and right around it, a moving walkway. so you get to see the much spoken of crown jewels standing on a conveyor belt?

about to look amused and disdainful, suddenly i could feel my feet get impatient.

the line moved and i was on the walkway… i went past a sceptre, a humongous oval diamond on it, the cullinan, i think it was, but my eyes sought another. a diamond of my legends. and there she sat on a crown not too big, just right. gleaming. glinting. beckoning.

it’s the koh-i-noor and it is resplendent. i stood there, even as i passed by, my sigh possibly still rooted before the box. one look was not enough. i forgot to get off the walkway and went around at least five times. taking another look at my diamond. then another. by the third round i was talking to it.

come to me, i whispered, looking at it with utter concentration. trying to hypnotise it into leaping out of the box and following me home.

it stayed glittering and untouched by all the folly and foibles and fantasies that surround it, the murmur of possessiveness in my heart. i kept gazing at its pristine unexploitable brilliance.

mountain of light. how pedestrian that sounds, no… koh-i-noor. did you ever belong to anyone? or did we all belong to you? all pictures belong to me, please don’t use without permission, thanks. picked up that crown souvenir in london, sits on my window sill, reminds me of many things, among them, the koh-i-noor. 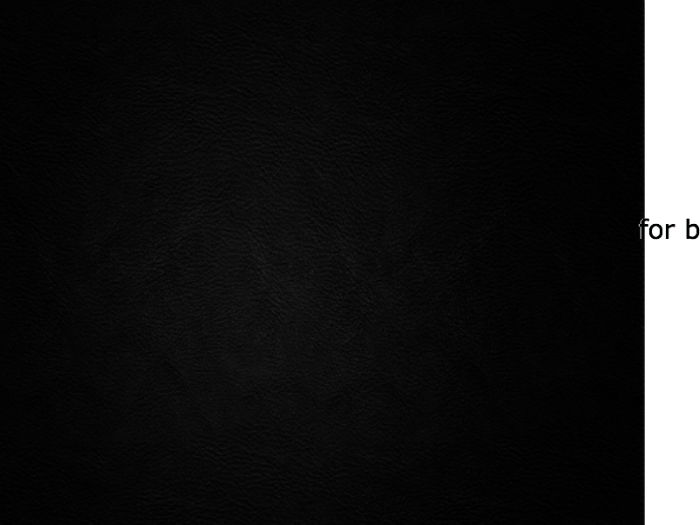 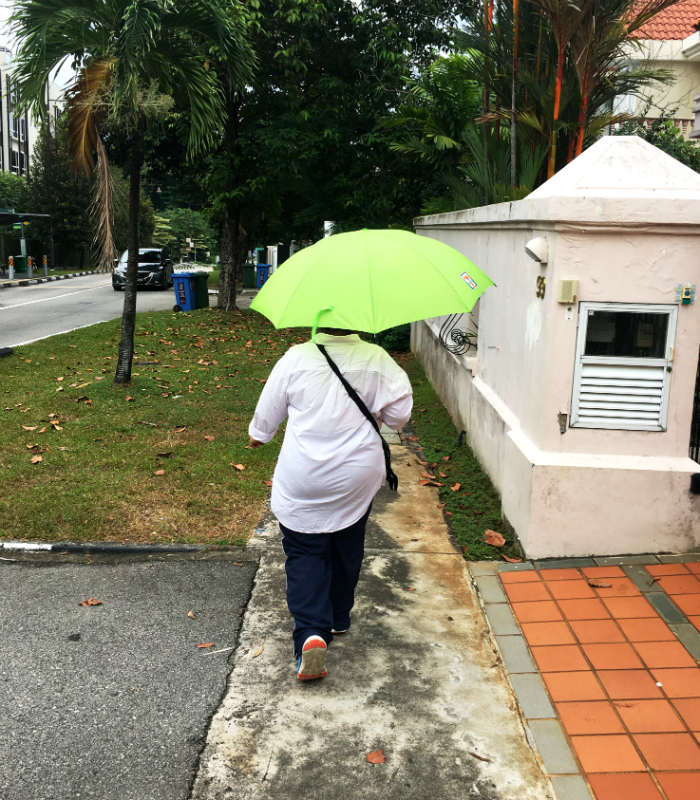 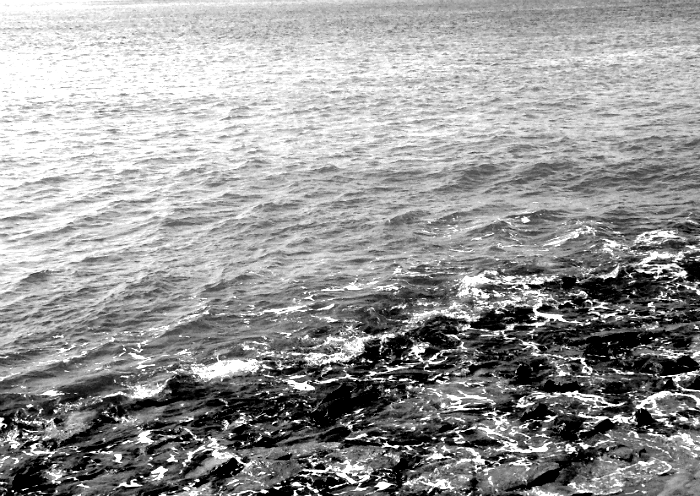