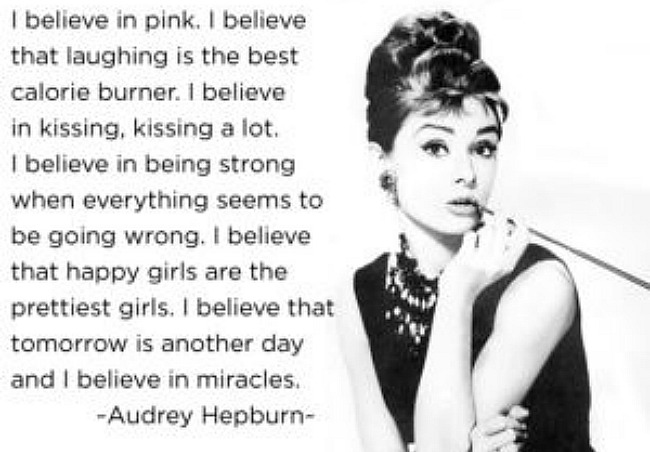 A few days back, I went to supervise one of the school plays which was shortlisted to be presented on the 15th August (Indian Independence Day) celebration in front of the honourable chief minister amongst other dignitaries. The theme of the play was cleanliness; the recent topic of interest across the country. The story was simple, comparison between 2 families, one which lives hygienically versus one which does not. For obvious reasons, the emphasis was more on the ‘dirty’ family as the play was trying to make a point.

Now this was an all-girls’ school, so the character of the father, brother, sweeper and even that of the doctor was played by girls dressed as boys. For some reason, the problem was invisible to the students, and more to their teachers. Both families had a father, who just sat in the corner reading his newspaper and a brother, who was either playing with a ball or was dutifully studying, depending on which family he represented. The mother was either busy cleaning the house or was in the kitchen making tea and the sister was helping the mother in whichever of the two that she was doing. The ‘clean’ family was shown to have everything in order, an obedient, homely daughter, a hard-working son, a father dedicated to his family and a dutiful mother. The dirty family, on the other hand, had to take its son to the doctor (doctor being a guy) as he would frequently fall ill.

I was called to have a look at the final dress rehearsal and ensure everything was perfect for the D-Day. I didn’t even know where to begin. These were all young girls, 10-12 year olds, totally clueless of what message they were conveying. In order to deliver one message, a totally different notion was gaining strength. I asked the teacher very politely, “Why is the father in both families, just reading a newspaper?” and he even more politely replied, “Sorry, Ma’am, should we make him watch TV in one?” I then asked, “Why is the daughter not studying?” to which the teacher replied, “So that we can visually differentiate between the brother and the sister.” I wasn’t done yet. I continued, “Why don’t we show the mother reading the newspaper in one of the families?” The teacher looked at me as if I had said something as stupid as A for Ball. Still, with a little more hope left in me, I dared, “Why is the doctor a man?” The teacher by now was very clearly bugged with my ‘nonsensical’ questions. I was not giving any inputs on the script or the acting but was only pointing out things which had no reason to be pointed out.

The whole point of writing this long build-up is to show you how strongly we have internalised gender roles. Mother is only meant to clean or cook and the father is meant to read the newspaper or watch TV and out of the two kids, it makes more sense to educate the boy and teach the girl household chores. The birth of these notions is centuries old! But what amazes me is that we still think the same way we did when we were apes! Even before a girl gathers any understanding of the outside world, she is (un)intentionally taught to stay indoors else she’ll become dark, not be too aggressive, be submissive! Very early in life, she is taught that girls can’t play sports, or become police off 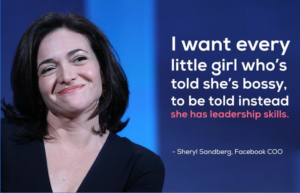 icers or can’t go out on their own. She is constantly encouraged to take care of her looks and learn the art of makeup. After all, she is the weaker sex who needs the help and protection of a guy!

And slowly and gradually she too internalizes that ‘like a girl’ is actually an insult. Anything which a girl does or is good at automatically becomes an insult for the boy – “Why do u take so much time to get ready, are you a girl?!”, “C’mon don’t cry so much, are you a girl?”, “Don’t bother cleaning the house, son, that’s not your job.” We haven’t even spared addictions – cool and macho for a boy to drink and smoke, but a girl is characterless for even trying.

The only topic of conversation you can have with a 20+ year old girl is, “Beta ab shaadi ke baare mein socho” or “Itna padhkar kya karogi, acha ladka bhi nahi milega,” and many more. We have all heard these dialogues, maybe even said some ourselves. Which might have been an honest attempt at humour, might have been the reason for our society being the way it is. The reason why our men have such fragile egos that they can’t accept a more educated or a more successful woman as a wife. Somehow the young girl struggles, strikes a deal with her parents to let her study/work and in exchange, she agrees to marry the guy they choose for her.

Then comes the day the boy’s family come to see her, a cultured zoo animal on display, and obviously their expectations are higher than Mount Everest. After all, they are the one choosing the right contender worthy of their ‘prize’. Her parents then quietly explain to her, “Jab ladke wale pooche ki naukri karna chahti ho, toh sharma kar kehna, jaisa aap theek samjhe.” What the hell does this even mean! Why does nobody explain to the guy that he should respect and love his wife, no matter what she chooses to do! That his wife is going to be as important in the relationship as him, if not more. That only together can they expect to drive through life happily and safely, because the moment even one wheel loses it, life is sure to crash! It’s high time that the language of marriage should change to that of partnership rather than ownership. 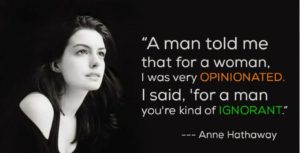 Marriage in India brings a bucket load of new relationships! The bride’s sister is called the ‘half wife’ of the groom. He is not only free to, but is encouraged to, flirt with her to any extent he desires, nothing is off limits and nothing is considered inappropriate (aadhi gharwali saali). However, the groom’s brother right from day one becomes like a son to the bride (bhabhi maa samaan hoti hain)! Oops! Whatttt! Ya let me emphasize this again, the groom gets 1.5 wives and the bride gets a husband and a son?? Wow!

Also, after a lot of struggling and crying she manages to convince her husband or in-laws that she wants to work. But no one cares about her work. They just feel proud of themselves as they are ‘letting’ her work. No one is interested in her office stories, no one cares if she gets a promotion, if she says that her boss is making life difficult, the only piece of advice she gets is “tumhe he shauk hai naukri karne ka”. You would have often heard the phrase “for the peace of my marriage”. Now when a husband uses this phrase it’s for something he shouldn’t be doing anyways, “My wife doesn’t like me going out to the club every day, so for the peace of my marriage I just go out on weekends!” However, when a woman uses the same phrase it’s when she has given up something meaningful like her career or her interests or her ambition. Women from the very start are taught to adjust, taught to compromise.

Every time the couple bends down in gratitude in front of elders, he is blessed with “all the best for the job or the next big promotion” and all she gets to hear is, “doodho naho phooto phallo” (may you be blessed with a boy). She is constantly reminded of how she is ageing and should ‘settle’ in life. Also, having a kid is not the end, she HAS TO HAVE a boy or else her attempt will not be counted successful.

That’s it, I am not old enough to have experienced life more than this, so won’t be fair to write on it too. There are tonnes of everyday examples like these, things we say and do to hurt her. And she is expected 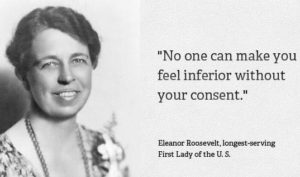 to take it all in with grace and a smiling face! Aggression and confrontation are not for her. People often blame culture for the way society is. But then if our culture is to not respect women, if our culture is to belittle them, force them to make the hard choices and not even appreciate them for it, then it’s high time we change our culture altogether.

My point is very simple. Just love her, with all your heart. Accept her with all her abilities and all her flaws. Give her the right to choose and then respect that choice. Give her a fair chance and stop making it so difficult for her. Don’t get into this unhealthy competition, both of you are equally capable and equally stupid. Help each other grow, learn from each other and never ever take each other for granted! 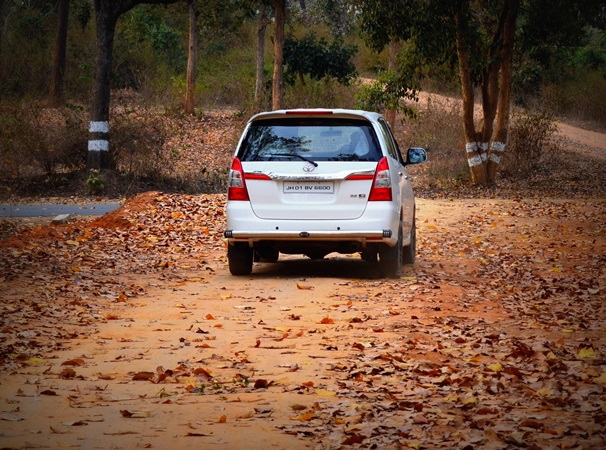