who put the toy in the binaca toothpaste box? 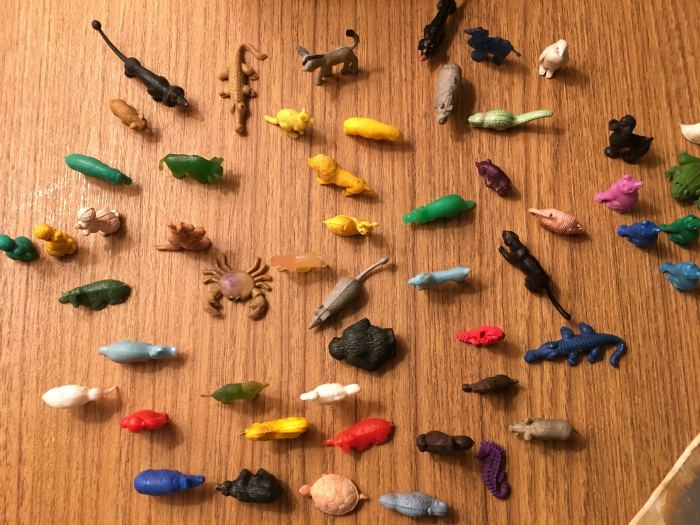 everything is complex, nothing is without its politics, yet when the voice you know so well does its familiar lilt and stretch and sound segues to the next hit song, or you seize and peruse the toy that’s just popped out of a toothpaste box, that joy, that spike of thrill, there’s no complication in it. no politics either. which is why perhaps the mind grabs it all and puts it away in a safe place, knowing one day, it’ll bring it out and have a great time playing. memories… are they like those little binaca plastic toys?

remember them? and if you do, you can’t not remember ameen sayani’s voice or the binaca geetmala. the binaca song garland, translating literally. the songs were lovely, i’m sure, but at eight and nine and eleven, i think why i loved mr sayani’s voice really was because it instantly conjured up the cute toys. 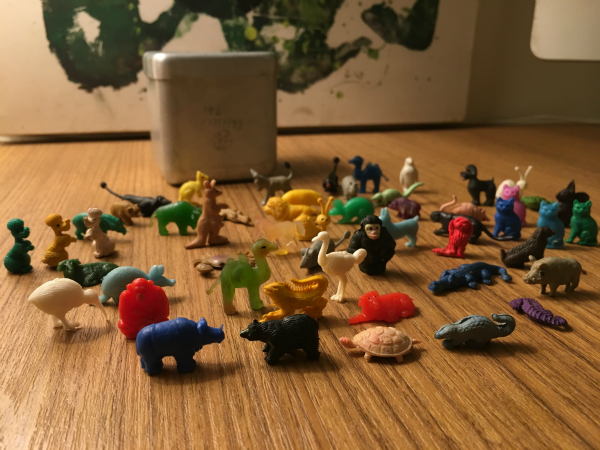 in the beginning though, the toys weren’t made of plastic. i seem to remember a rooster of a clay like material with bright yellow and red paint markings. but soon enough plastic took over. not a new invasion this. and a plethora of rhinos, panthers, hippos, monkeys, cats, parrots, giraffes, poodles, snails, tapirs (yes, the armadillo), dachshunds with tails pointing straight, horses, foxes, frogs and penguins, fish and deer, slouching bisons, camels, tortoise and donkeys, swans, ducks, sea horse, pelicans and cranes, wolf and hawk, sheep dogs, lizards, yaks, snails, sloth bears, chimpanzee, gorilla, mouse and elephants, creatures great and small, fauna of every clime and latitude and colour came home in, of all things, the toothpaste box. how we waited for the binaca toothpaste to arrive.

really, who came up with this idea? not only were we eagerly looking into the box to get our hands on the next animal… there was even a kangaroo with a joey in its pouch… we wanted the tube used up fast so that the next carton could be opened. my mother was a firm believer in the power of the lion of the toothpaste jungle, colgate. she’d never consider anything but the mighty one for her three wild ‘uns, but thankfully she could never resist a miniature. how to refuse a teeny hippopotamus, or a lilliputian lion? binaca loped onto our bathroom shelf despite the unchallenged rule of colgate. strange things happen in forests and mother’s minds. and what we do without that. 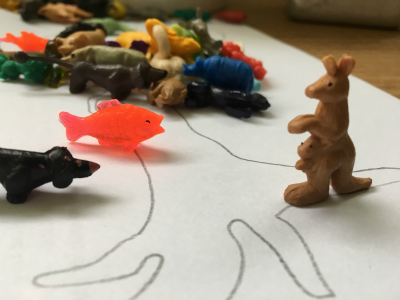 but really, who thought of the idea? in a world stuffed to the gills with marketing stories, pontifications, geniuses, case studies, jargon and up-collaring, how come no one seems to know who first mulled, why not a tiny tiger in the toothpaste box? or a croc, an iguana, a monkey, a cockatoo? kids would love it. they might learn almost effortlessly to gauge the vastness and variegation of the animal kingdom. and who knows, we might even get to compete with the big guy?

who thought of the binaca toy?

the mystery of the jungle and the ocean is deep and romantic, too much information might ruin it… perhaps that’s why there’s no record of this person anywhere that i can reach. the toys were sitting in their den in the mind, undisturbed for years, when suddenly they all came careering and scampering out, chasing each other, hurtling, galloping, flying, swimming, hunting. a veritable migration. my brother-in-law had just moved to a new place and was going through packing cases he had left untouched for a long time. he came home one day and said, he’d found the box with my husband’s binaca toys.

immediately the two fifty something year old men started arguing about the number of toys. 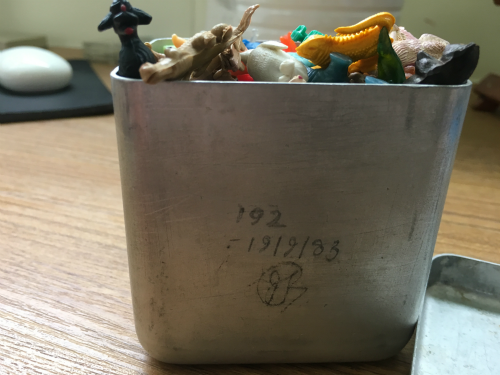 there was no need to screech and roar at each other, however. the number was clearly written on the aluminium box in which they’d been safely hoarded. the year was marked too. and my husband had actually signed below that. yes, he had ownership of this real estate. this universe.

i opened the box and the toys leaped out at me. i wanted to steal them and run away. instead, i smiled like an angel, tried to look grown up and said, they smelled of naphthalene, i’d wash them. my husband growled. i was apparently not to do that. i quietly kept the box away for a few days, then washed the toys. had a feeling the crocodile approved of my sneaky ways. i examined the little creatures carefully, envious of this man’s collection. i peered at the iguana’s spines, i counted the number of cats and poodles, i tried to guess the names of all the animals. and i wondered who thought of them.

binaca geetmala used to be aired from radio ceylon. later, all india radio took over. the songs were always lovely, ameen sayani sounded happy and involved, and cheery in his own distinctive way. the programme must have generated high recall and good business for binaca toothpaste. as i’m sure did these blue, orange, pink, green, furry, striped, scaly, creepy, land and water dwelling, amphibious, arctic, equatorial, tropical, flying, wallowing, scampering, burrowing animals. but one fine day, they vanished. the toys stopped. then binaca became cibaca… then the usual story of the demise of a brand happened.

a lot is known about the binaca geetmala. ameen sayani has given many interviews. there are commemorative cd collections. articles in respected newspapers are easily accessed on the net. already on blogs i am seeing that the usual social media element of politics has found its way here too. but nothing much about the toys. it was a major marketing thing of its time. and yet no claiming of it. i’ll let the details be, but really i’d love to know whose idea it was. who had that leap in her or his head. and did this person know that the joy of it would outlast many marketing campaigns, stay undiminished for years? maybe i’ll ask the walrus to find out.

these little creatures were not seen as ads for binaca. more as merchandise, freebies perhaps. but they worked as ads really, and cost much less i bet. 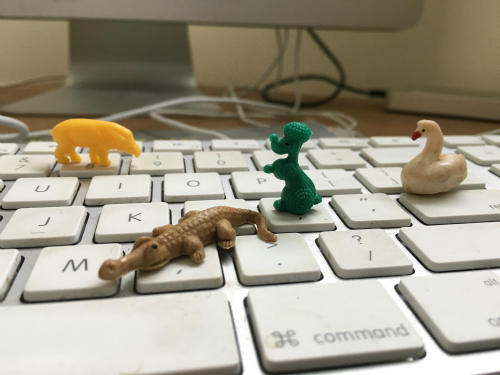 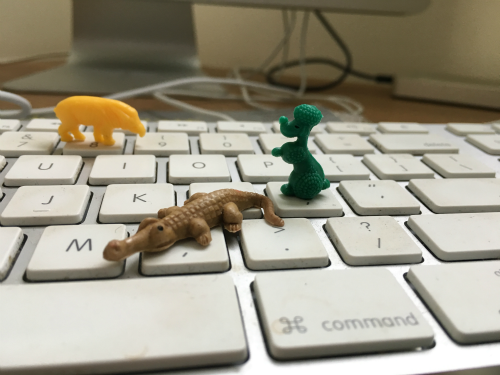 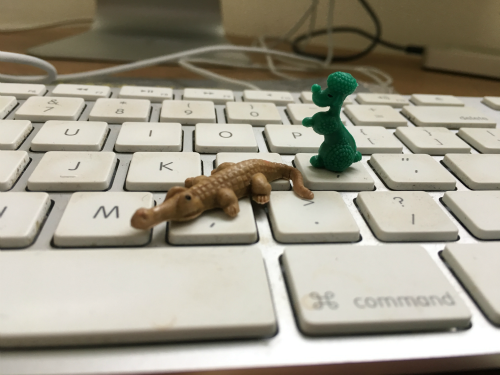 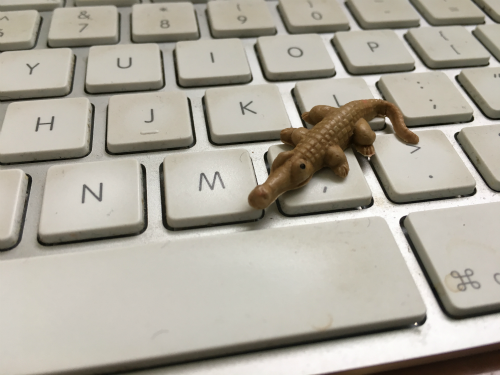 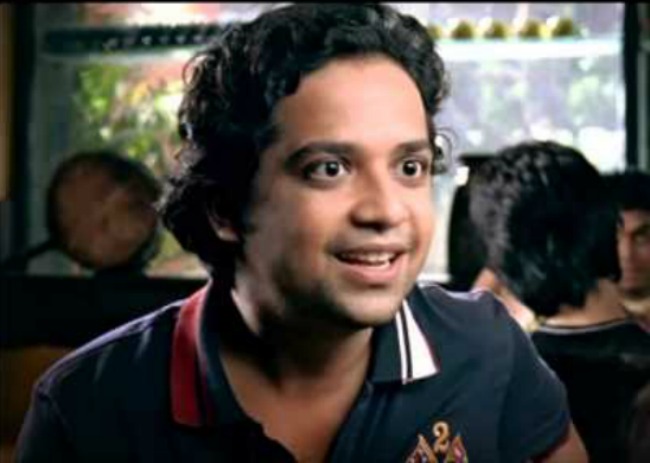 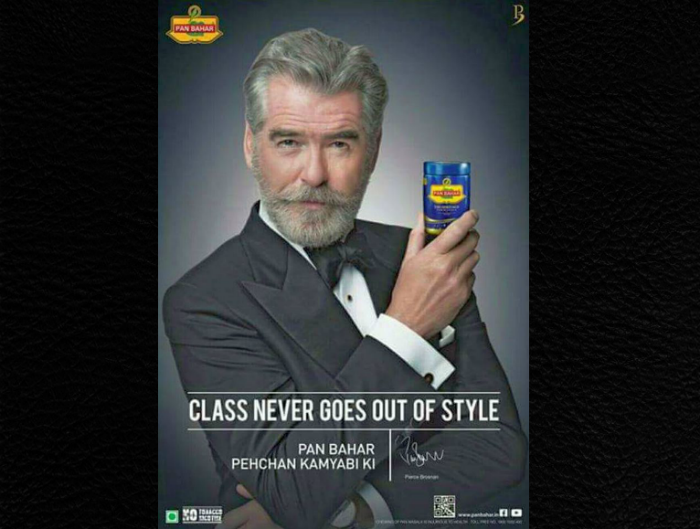 we are stirred and completely shaken (no pan intended). 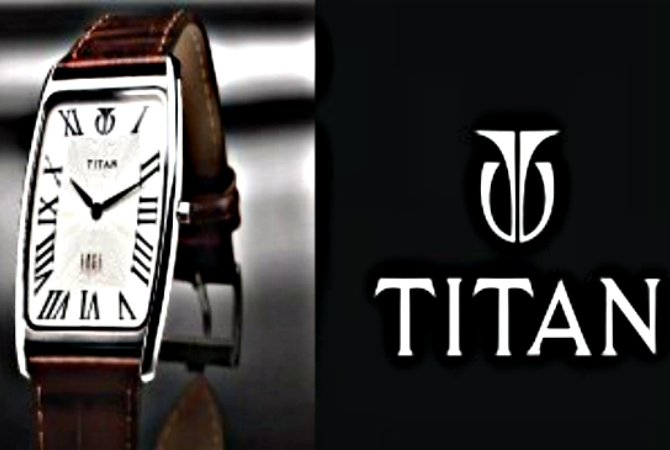 Titan Ads – The Gift of Time