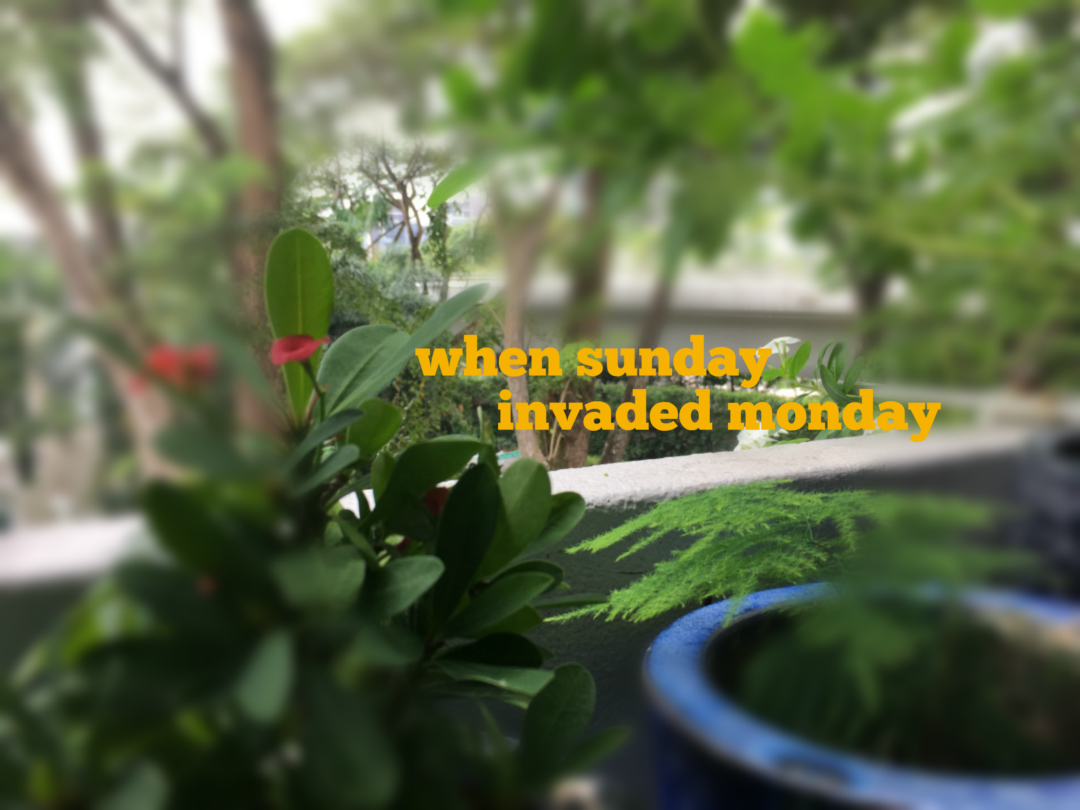 “it is tyranny, i tell you, tyranny!” exclaimed the frog, leaping up all of a sudden from its thoughtfully reclining pose.

“what? what?” murmured the water lily still to bloom, a couple of pale pink petals opening up.

“you really should get your hearing checked, lily,” buzzed the lavender, its lacy mauve spikes bristling. the lavender was not in a good mood today.

the wisp of pink appeared out of nowhere as it usually did, blew up a little like a balloon, and disappeared.

what’s the commotion in the balcony, i wondered, taken aback. wasn’t it monday? such things happened only on sundays, didn’t they? when the frog spoke, and there were conversations and confabulations by those who lived in and visited our six feet by two and a half feet balcony overlooking the flyover? and i could hear everything? such things never happened on mondays, however. what was going on?

i’d stepped out to check on the water lily i’d got from the nursery a couple of days back. it swayed on its slender stalk in a large stone pot filled with water, lily pads floated lazily on the surface, a yellow dragonfly rested on one of them. you can’t catch a prettier sight on a monday morning i was thinking when i heard the frog and the others.

“what’s tyranny, frog? do tell, you know i can’t handle suspense…” it was the touch me knot growing in the trumpet flower’s pot. Touch me not was sensitive, didn’t like being touched. but it couldn’t handle suspense? why ever not?

the balcony waited. the sunbird playing on the white hibiscus flower stopped flitting about and cocked its head, its chest was such a bright yellow. the scurrying lizard on the wall paused. the monstera root stopped trying to reach the window ledge close by. the lily pads trembled. the frog knew things.

“time!” the frog said now in a deep, sonorous croak. its simple squishy bifid tongue way of speaking was, curiously enough, quite pleasant. sometimes though, it was given to talking with a british accent. there could be all kinds of reasons for that.

the lizard fell off the wall in its excitement – or was it dread? with the lizard you never knew. it was prone to rushing about for no reason.

“oh, the tyranny of this thing. why must everything be bound by it? after all, what is it really? what’s the validity of such a notion?” the frog held forth, as it settled back into the money plant leaves, lying flat on its back, its webbed feet tucking in under its slippery green head.

“have you ever thought about the tyranny of time?” the frog said, sounding lost in thought.

“why do you say that?” asked the monstera plant.

there was a rush of caught breaths across the balcony. everyone was surprised or perhaps shocked, for the monstera plant never spoke.

the monstera was the oldest plant the balcony. i’d got it soon after we moved to singapore. i still remember the small plant, barely eight inches tall, almost a sapling. it had grown steadily, readily and without any fuss. the waxy, deep green leaves had became bigger and acquired their splits and fenestration, the stems had grown sturdier, the roots come slipping out from here and there trying to find new places to hold onto and shoot off some new vine.

i hadn’t even noticed when the monstera had become as tall as it had, climbing up the moss stick. and no matter how often you pruned its leaves and stems, or forgot to water it, or didn’t give it any fertiliser, it stayed there in the corner, growing, its leaves lush and open, the holes in them letting the sunlight in. the monstera had a quiet assurance about it, sheltering the plants in the smaller pots around. it had kindly let the frog stay in its pot till the money plant cuttings had taken root. it never spoke though.

“well,” said the frog, trying to mask its surprise, so as not to seem rude or easily confounded, “what is it, if not… if not despotic?! this thing called time. it has only one direction! there’s, what’s been! there’s, what is going on! there’s, what will be! the past, the present, the future. it’s one linear tale. that’s it! pfffft. one silly trail…”

the frog leapt up as suddenly as it had before and sat on the rim of the wrought iron bracket with the asparagus fern, the begonia, and the white hibiscus.

then it stood on its hind legs, held out its left front leg, flared its nostrils, and declared with a wounded sniff, “and yet, all of us, everything, even the big one in the forest is bound by it. past present future, a thing capable of travelling down only a single path… no flexibility, no depth, no play… incapable of going up or down, sideways, slanting, spiralling… it can’t even hop! and yet…”

the frog looked extremely offended and began contemplating the world outside.

“aiya, don’t be so angry, lah,” said the trumpet flower, in its impeccable singaporean intonation.

the frog’s reference to “the big one in the forest” made me wonder. where had the frog seen a forest?

the frog had come to singapore from india with us. i’d found it one morning in the money plant pot on our eighth floor balcony in calcutta. we had moved from jamshedpur about a month before. perhaps the frog took a ride in the truck carrying our things. since all the plants had come in the truck and been carted up immediately after they’d arrived, my husband was certain the frog was from jamshedpur.

it was a couple of inches long and an inch and a bit in height, and a not too pleasing shade of green. it peered at me with its bulging eyes, and sprang up and backward covering a distance much longer than you’d expect of something that small, and legs quite so stubby.

it had glared at me. i’d shrieked. eventually, i grew fond of it as it followed us to bangalore, and then i took it with me to bombay; finally, singapore. you’d be surprised how easy it is to walk through customs with a frog in a bottle in your bag. the frog had never grown in size. however, i’d discovered one sunday, it talked.

there are no forests in jamshedpur, so where had the frog seen the big one? could it have been in the jungles of dalma hills, which were not far from jamshedpur, and where herds of elephants roamed?

the wisp of pink appeared just as i was about to ask the frog, and i got distracted.

the frog wasn’t done. “no substance, no volume, no mass, no nature… no mucous coating… and yet!” i could hear it grumble under its breath.

“indeed… indeed…” muttered the monstera, before falling into a contemplative silence.

“maybe it’s not there at all… what if there was nothing called time?” asked pale pink water lily tentatively. the newcomer was trying to make friends perhaps.

the wisp of pink floated pensively. the sunbird shook its head looking troubled and flew over to the jasmine shrub.

“what’s wrong with all of you today? all this pointless talk!” the lavender sounded on edge.

“could it be the haze?” the asparagus fern’s feathery whisper was almost inaudible.

singapore had been enveloped in the haze for almost three weeks now. the skies looked dull. a pall of grey hung in the air. sometimes grit flew into your eyes. on bad days, you could even smell the haze.

“could it be the haze?” the frog said in a pondering kind of way. moments passed.

then the frog began laughing, a gurgling, hiccupy sort of laugh.

“ah, the haze, yes, of course it is the haze! how clever of you, asparagus fern!” the frog chortled.

“ohhh!” the lavender shook its spike in exasperation, “why does it make you so happy then, the haze is terrible!” the mauve one grimaced.

“because, lavender, i can tell, the haze has blocked not just the sun and the view and my nose, it has blocked the path of sunday and not allowed it to leave, nor monday to come in! time is in a fix… oh i like that,” the frog grinned and tumbled back into its money plant pot.

“and how do you know this, frog?” lavender looked about perplexed and sounded wintry, “what tells you this is so?”

“can’t you see, she can hear us?” the frog nodded vigorously towards me, and winked, “which means only one thing, it is still sunday.”

i stared at the frog, gobsmacked. could he be right?

“oh, but the haze is really bad, isn’t it?” the water lily said, sounding a tad guilty. it was a native of indonesia, from where the haze had arrived.

“bad, good, aaah!” the frog rolled about in its cushy leaf bed and declared, “that’s a conversation for another day.”

“my cousin lives in bali,” the white hibiscus beamed at the water lily, “maybe you’ve met?”

the balcony started buzzing as the gloom lifted. i watched the sunbird hop over to the begonia. the monstera stood tall and silent. lavender looked like it might let the others talk it into a good mood. the touch me not was relaxed, some day it might reveal why it doesn’t like suspense. the lizard was loping around at the edge of the wall and the ceiling. the wisp of pink disappeared. and appeared again.

this story was supposed to be out on monday, but till now there’s no sign of monday. i hope you enjoy it anyway, thanks for reading. funnily enough, soon after i posted, it started to rain, perhaps it’ll clear the haze. i hope the frog doesn’t mind. i believe there are poems about the water lily in ancient tamil sangam literature. “amma vaazhi thozhi nam oor poikai aambal naar uri menkaalnirathinum nizhatruthal mannaeini pasanthandru en maamai kavinae” goes one, meaning, “listen, dear friend! my dark beauty used to be brighter than the peeled stems of water lily in our town’s pond. lo, it has become dull now!” found this at http://sangamliteratureinenglish.blogspot.com

here’s another sunday kind of story 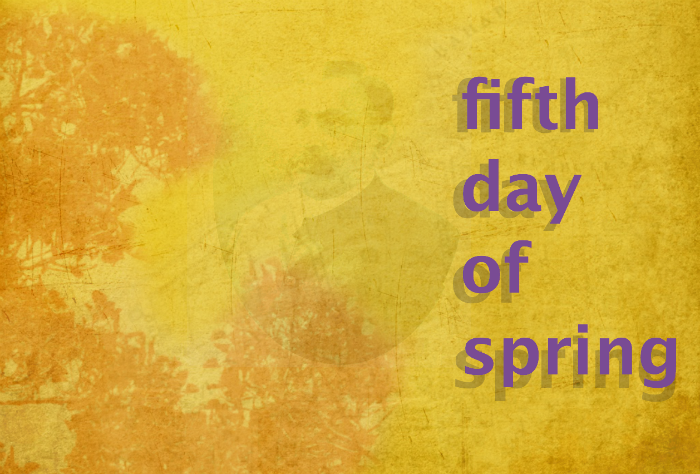 fifth day of spring : a story 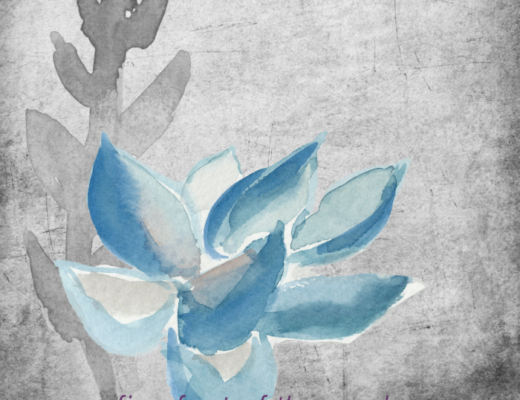 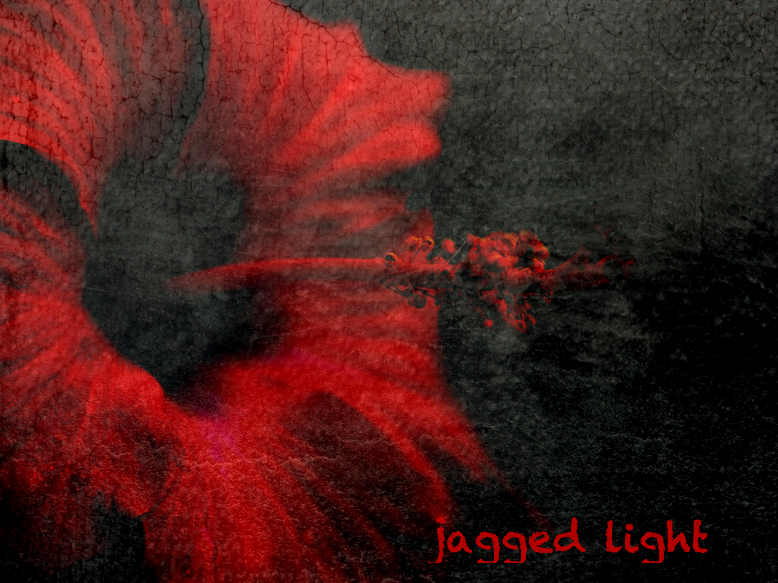