the writing on the wall… at nus 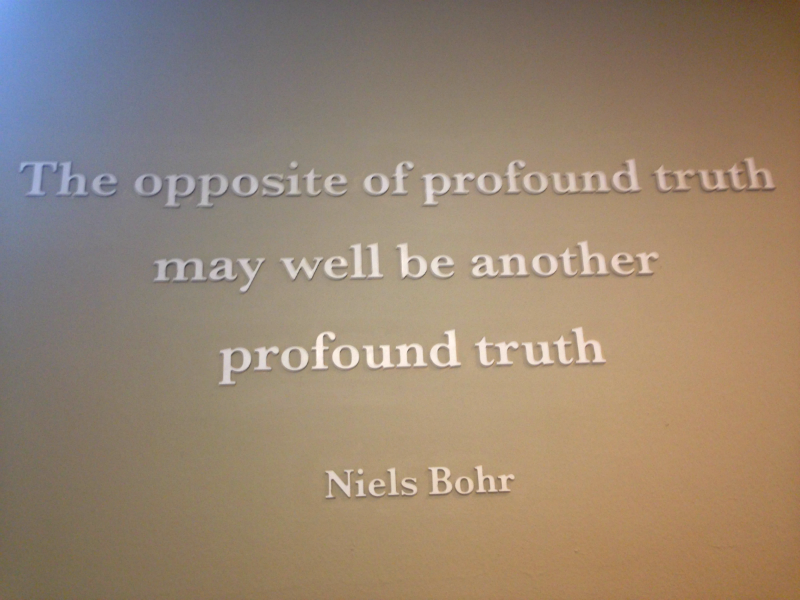 niels bohr wasn’t supposed to meet me at the university cultural centre or anywhere else for that matter. yet, there he was, “‘the opposite of profound truth may well be another profound truth,’ niels bohr”. the words were written across a wall of the ucc and i had to just stop, stare and start laughing. such genius there. 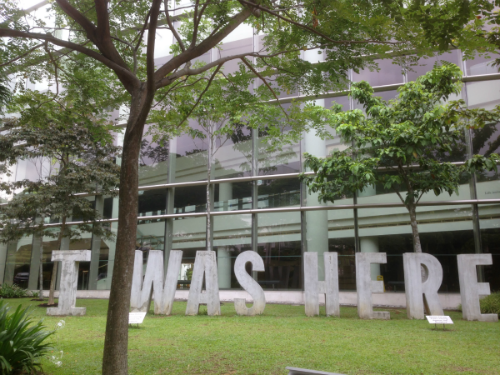 i had encountered the eminent scientist only once before, in my physics class in grade nine or ten and, naturally, done all i could to avoid him. i had no clear recollection which part of science had brought his name into my consciousness. just knew he was sort of important. but now as i stood here, i suddenly knew, he’s phenomenal. and, really, i must find out a bit more about him. 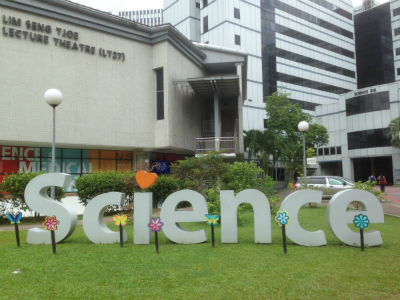 my mind wasn’t on learning really when we set off for our walk through nus, the national university of singapore. this was the main sprawling kent ridge campus, about 1.83 sq m in size, in the south west; there are a couple of smaller campuses elsewhere. i have never seen a university campus in india. calcutta, where i did my graduation from, had a couple of buildings covered in cobwebs and recalcitrant apathy in the name of university. and no, haven’t been to see oxford despite my several trips to england… maybe an old fear, i can still remember my father holding my hands when i was all of four and doing a little father type jig while smiling and saying “you’ll go to oxford one day.” horror. even at that age, i would think, “no… that sounds like a scary place.” bengalis, i think have a special regard for that part of the sahib’s land, and we also pronounce it our way (say: ox then: ford, round the ‘o’ nicely, why waste a perfectly good vowel), branding it and owning it.

nus has a beautiful campus with winding roads, trees everywhere and not very inspiring but neat and spacious buildings. you can clearly see, there’s plenty of facilities, that thing that gets everyone so excited these days. facilities.

there’s a blocky, slightly sixties feel to the place, nothing really stands out in terms of architecture, but you do get a sense of space and calm. no cobwebs, no apathy. a 110 year old educational institution going seriously about its work. students walk around, buses move slowly, hardly any cars, and then aj, my dear walking partner, sees the “o” bar and is delighted; ah, they have a trendy watering hole, so things can’t be that bad. aj and i are not the love to study type clearly. he tells me how he’d come here with a friend before he met his gf, now wife, and hang around looking cool, or so he decided, in the hope of catching a uni girl to date. uff, the joys of being shallow. 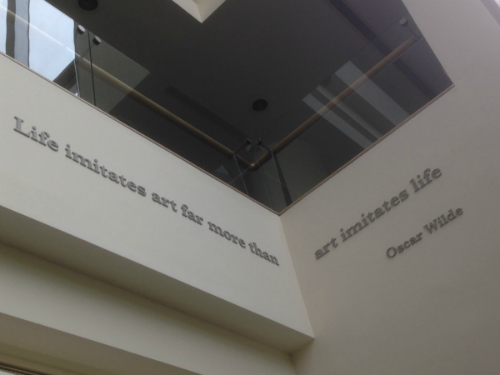 the roads beckoned. two quests. the university cultural centre and the prata shop. i had seen kiri te kanawa sing at the ucc once, just four rows from the front… could see the lipstick glisten on her lips and that voice. she could really take it somewhere, make it stop and then catch and bring it back when she was ready. i’d been awestruck, still am. the next day the newspaper said, her voice had hardened and she was really not as good as she used to be, etc., all knowledgeable stuff, i was like huh… really?

recently, a man i really admire, mr lee kuan yew, set out on his final journey from here. his last stop in singapore before mandai. i had to go there something told me.

and of course, the famous prata place behind the uni, the best cheese prata (in india we say paratha, here it’s firmly prata or roti prata… well, if we can do that to oxford, they can do this to paratha).

i was here. the words stood on the ground. behind it the tall glass windows of ucc. when i walked in, a sense of thrill, no clear idea why. i’d just read yeats on the wall outside. there was wilde up there, and novalis… what he said was fabulous, but i had no idea who he was. 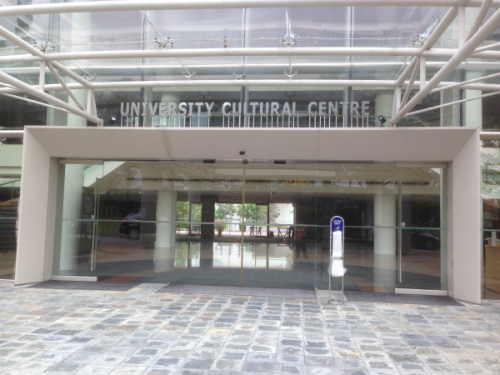 then i read the words of niels bohr. such beauty and depth and knowledge. while reading through the wiki entry on him, didn’t understand the science, but there is a life fascinatingly lived. nobel laureate, explainer of the nature of matter, predictor of new elements, saved scientists and others during wwii, scared churchill with his views on collaborating with the soviets, dealt with the passing away of two children, played football and pretty well, was involved with the manhattan project, was one of the prominent scientists who realised the need for and backed the idea of cern… wasn’t www invented by tim berners lee while he worked with cern or something like that? excitement again.

i have to quote this from wiki, “To prevent the Germans from discovering Max von Laue’s and James Franck’s gold Nobel medals, Bohr had de Hevesy dissolve them in aqua regia. In this form, they were stored on a shelf at the Institute until after the war, when the gold was precipitated and the medals re-struck by the Nobel Foundation.”

when bohr was awarded the order of the elephant, usually conferred only on royalty, he designed his own coat of arms with a taijitsu on it, the yin and yang symbol, and a motto in latin: contraria sunt complementa, “opposites are complementary”. the walk had taken me all the way everywhere and then brought me right back here where that symbol is part of culture and life.

the pratas were tasty and delightful. we had shocked a poor uni student when we asked him for directions to these hot fluffy non academic things. “what? prata?” he’d looked foggily at me through his specs, “maybe you want the canteen?” no no, i’d insisted, looking back determinedly through mine. it’s a proper prata shop. he seemed lost. i thought, don’t these kids know anything.

aj to the rescue, he still remembered it was near a bus terminus. as we walked down clementi road toward the sea and port, sure enough, behind the line of buses, there was the prata place. one can look at this fried piece of dough as science literature arts design philosophy too, i think… just a matter of perspective. could be a staring point to some great discovery. 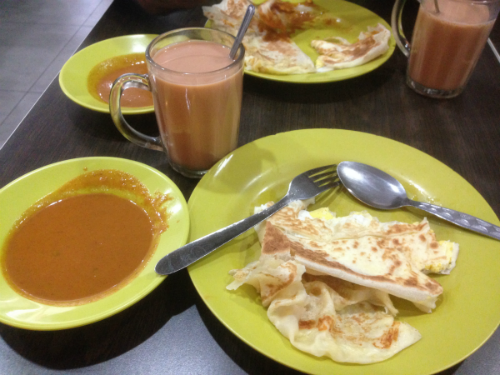 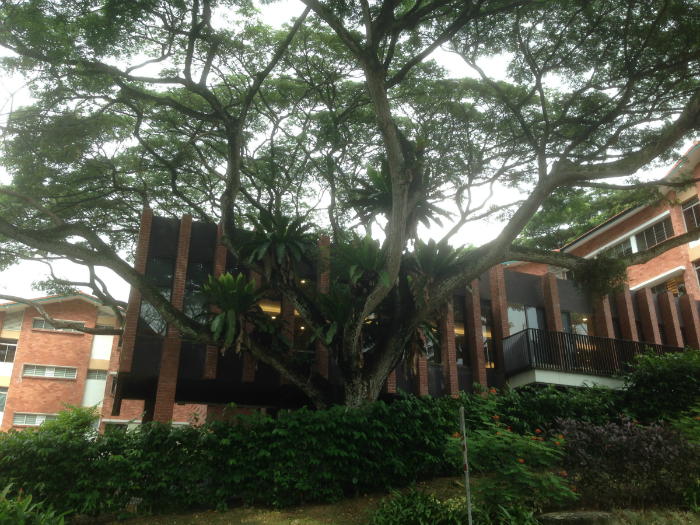 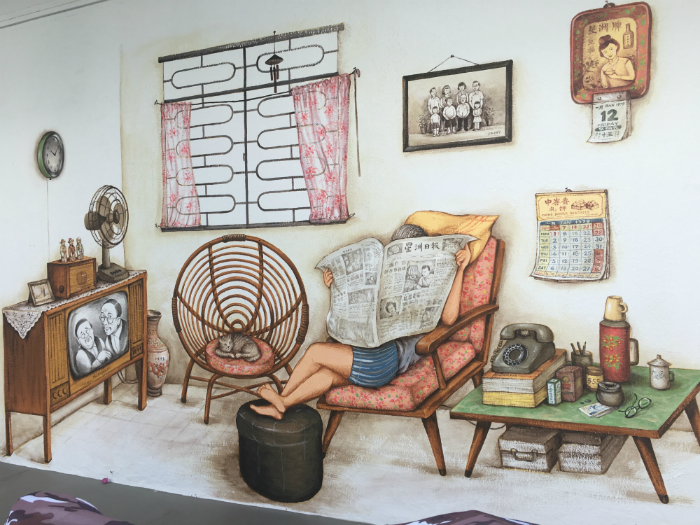 curves and more in tiong bahru 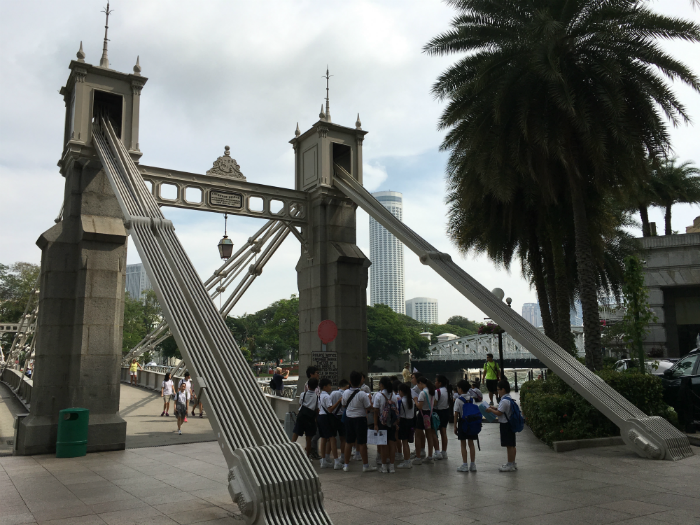 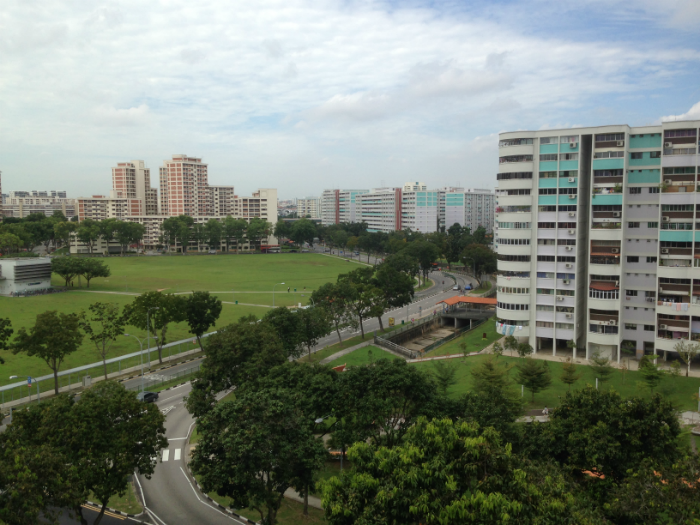