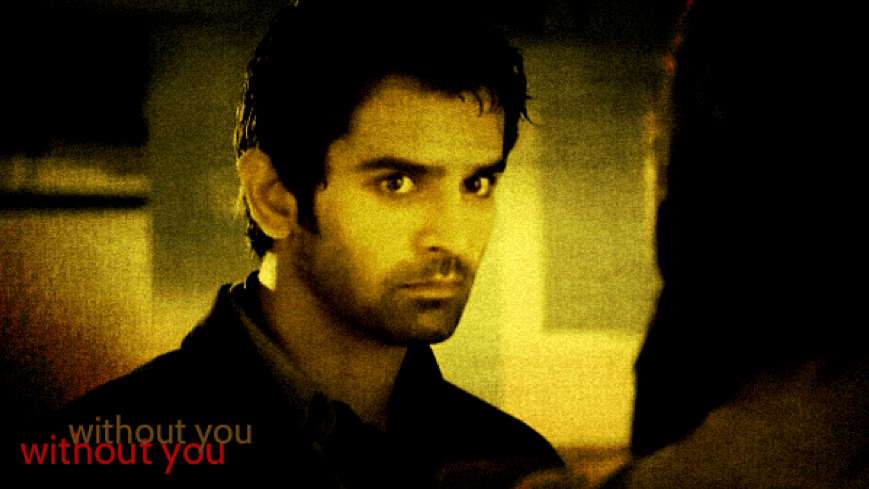 sing, goddess, of the rage of peleus’s son achilles,

the accursed rage that brought great suffering to the achaeans.

she tried to speak, but the fistful of chana in her mouth was an impediment hard to negotiate. she chomped on it furiously, glaring at him all the while.

“what are you doing here?” he spat out.

she wanted to answer but… the chana was too dry and his impatience seething.

“what… what…” he gritted his teeth, “are you…?” he paused. the sun had begun to blaze by now, and a meeting waited. suddenly his eyes changed tone, there was anger and something else.

an iciness entered his gaze, “are you… following me? tell me! tell me, dammit!”

khushi gawked in horror at this bizarre accusation. she opened her mouth thinking of a scathing reply… a fitting jawaab to this rude man, but he was faster, voice adding a peculiar texture in its fury. you could almost touch it, like the husk of a grain, a bitter hard grain. it seemed to graze over her arms…

was there a sickening insult in it?

follow him… who did he think he was… khushi jerked her head in anger, “who do you…”

but he cut her short with an abrupt, guttural question, “who sent you?”

his irises had become sharper and darker somehow, piercing, fixed on her, there was something in them that made her shudder. was this the man who’d saved her? put a towel over her shivering shoulders?

she fought back, “who do you think you are… why should i follow you? in fact, i think you,” and she jabbed her finger in the air pointing toward him, “you are following me!”

her eyes flashed with return anger, her plait swung, the pompoms swayed on her sleeves, the gota caught the sun. some chana scattered on the road.

“first you reverse without checking who’s behind, then instead of apologising you come hurling insults… accusing me? who do you think you are?”

as she spoke, somewhere between “you are following me” and “who’s behind,” he felt the claim of an ancient anger. an old searing, white hot rage that had been his for so long he couldn’t remember a time when it wasn’t there. he could feel its blaze rise and consume, concentrate and burn and fly out all around him, catching the heat of the sun, squeezing the moisture in the air around, evaporating it…

his lips thinned, he lunged forward and brutally grabbed her shoulders, fingers digging in. and before she could react he shook her violently, shouting without thought or restraint, “don’t you ever… ever say such a thing to me… do you understand…?” his voice rang out, the drone of the car park shattered, people were beginning to notice, something seemed to be on between that man and the woman on her scooter. this was lucknow, near a holy site, people thought twice before barging in.

she looked back at his contorted face twisting with rage, threatening, ugly, too shocked to say anything. what was happening? why was this… this monster behaving like this…? she was heaving, breath short, speechless at this assault.

her eyes widened. a deafening silence all around.

if the moisture had evaporated before, now the air itself wanted to flee.

“i am arnav singh raizada, and girls like you,” he paused insinuating things, terrible unspoken things, then carried on through clenched teeth, “don’t. mean. a. thing. to. me. how dare you suggest i was following you.”

with that, he flung her away with force, turned, and walked back to his car, ready to get in and drive away.

but khushi couldn’t let this man get away with  it. she rushed over, and stood before him, barring his way.

“how can you talk to me like that… don’t you have any manners… how can you speak to a woman, any woman, like that!!! and that too out here? in front of everybody? and touch her? you touched me…” her voice was rising and breaking at once… “what if anyone touched a woman in your family like that?”

if the moisture had evaporated before, now the air itself wanted to flee.

his arm shot out as he snarled viciously and pushed her hard, full force.

she went flying back, couldn’t find her balance and fell on the hard hot asphalt, arms instinctively out to grip the earth, break her fall. dust flew all around, she felt the raw ground on her palms, a sharp pain as something cut into her flesh. ahhh.

tears sprang to her eyes, a retaliation formed in the sheer shock of the moment.

she turned to face her adversary.

later that evening in his room, he was getting ready for a business dinner when his eyes fell on a pink plastic purse on the table. his jaw went rigid. he picked it up and flung it away.

khushi kumari gupta sat in front of the colourful happy little statue of her friend, mentor, goddess, devi maiyya and complained about rakshas. what was wrong with him? how can a man be so vile? please make sure, i never have to meet him again, ever.

asr had not shown any sign of return. life support worked round the clock, every second. the man who strode through life unafraid, undaunted, always looking ahead and beyond; excited by challenge no matter how rough; whose sheer energy and unflinching hard work had grown a whole empire in fashion out of nothing in less than six years, whose employees quaked in his presence yet worked with pride for their company, whose competitors wished the man could be scuttled somehow… that asr lay unmoving on a narrow bed. letting machines run his life.

anjali stood looking at her brother through the glass pane set in the door. this was chhotey, an immense sadness descended. where was his impatience, his constantly moving brain, his gussa. how she missed her little one. born of the same mother, bearers of the same pain, he was always her protector. couldn’t she protect him? every year that rakhi. damn. she turned away. this was not good, this was not the time to get maudlin.

payal watched her sister-in-law wondering if di were alright. she had been missing her management classes ever since that afternoon, two weeks is a long time if you’re only worrying and fearing the worst. she must chat with di about going back to class soon. give her something to to, it will calm her… of late she’d been hobbling more heavily.

arnav ji, i went to maa’s garden today, i know roses don’t grow in june, but i don’t know, i just thought i should go.

khushi put the odd little red rose in a vase of water and added a pinch of salt. arnav ji always said it was old wives’ tale, roses didn’t last longer with that, but still. she sat next to him and adjusted the square cushion under his head and stroked his cheek, just the way he liked her to, letting her thumb play with his cheek bone, now no sign of stubble there, the nurse shaved him clean every morning; his smooth, sparkling skin so sallow under that hospital light. she had to say something quickly, “pata hai, akash jija ji was saying that the work on the fall collection is going pretty smoothly. you were supposed to look at those new silhouettes, well he thought he’d wait, but you know… almost july already… they had to choose. but don’t worry, jija ji is very confident that the collection will be a superhit. actually, he dragged di to ar the other day and made her sit through the selection. i wish i knew a bit more about fashion… i could have helped then… achha, nani ji is fine, she’s decided the moment you get back, we are going on a long holiday… just you and me…” khushi smiled slightly at this thought. then a little quietly, “arnav ji, i went to maa’s garden today, i know roses don’t grow in june, but i don’t know, i just thought i should go… i found one rose you know, a red one, it’s a bit funny looking, small, petals not that beautifully formed… but,” she laid her head on his chest and continued, “i thought it would take care of you.” she closed her eyes and just listened.

dhak dhak… dhak dhak. was it his heart or hers?

payal heard the phone first. “di, khushi’s phone is ringing!” anjali snapped out of her reverie and reached for the phone. the number showed up as “unknown.”

“khushi ji, do you really think arnav had an accident that afternoon?”

the phone was disconnected.

anjali looked at payal and a coldness came in.

when he walked in, it was almost 12 midnight, she was waiting for him at the table. he looked tired, drawn, he was taking off his tie and handing the briefcase to hari prakash when his eyes fell on her, they instantly smouldered.

“why are you up still? you haven’t eaten?”

“no… i  thought… this whole week you’ve been working so hard, coming late… i’d just…”

“stop it, khushi! i’m not a kid. i can handle this big bad world. and i was alive and well and eating and drinking before you came into my life too… so please… just don’t do this ridiculous devoted wife act… i hate it. YOU HEAR ME?!”

khushi sat quietly and served him. they ate without exchanging a single word. after he’d finished he left. khushi helped hp clear up and went to their room after almost half an hour.

he was standing by the window in his pyjamas looking out. in profile, his face looked stern and set. the convex of his golden brown iris reflected the light from the pool. it glittered. tears? no. he was just somewhere else… another world where his thoughts took him sometimes, where no one was allowed to enter. not even her. not those corners. his domain.

she walked up behind him and placed her hands on his shoulders. he didn’t move. she started to let her hands feel his tense muscles, ever so slowly she began to knead and massage his shoulders, his back, the nape of his neck.

the minutes ticked away.

when she thought it would be one of those nights that she couldn’t reach him, he turned suddenly and grasped her in his arms, burying his face in her hair, pushing back the tendrils that insisted on playing on her forehead.

then he lifted her up and carried her to their bed.

he made love to her slowly, ever so slowly, letting each touch, each frisson linger, he wanted to make love to her all night it seemed, and he murmured against her skin as she arched to give him all she had in her heart letting him know in her whole wide world he and only he mattered, “khushi, why are you so sweet to me?” could she ever even begin to explain to him why.

writing makes me happy. hope reading has the same effect on you.

Women Who Proved The World Wrong 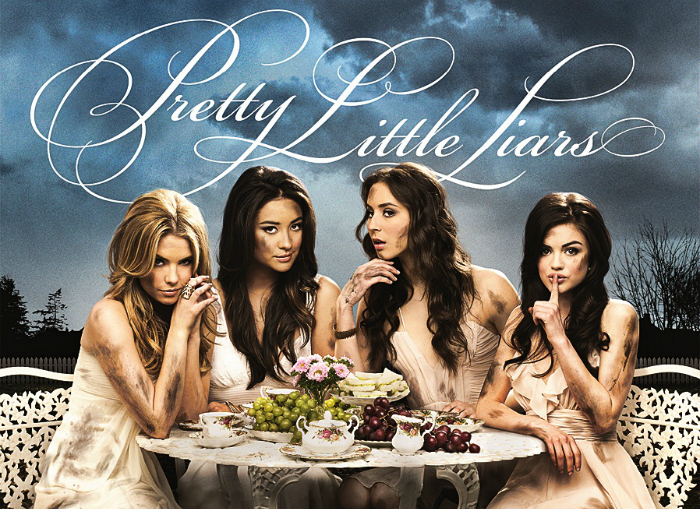 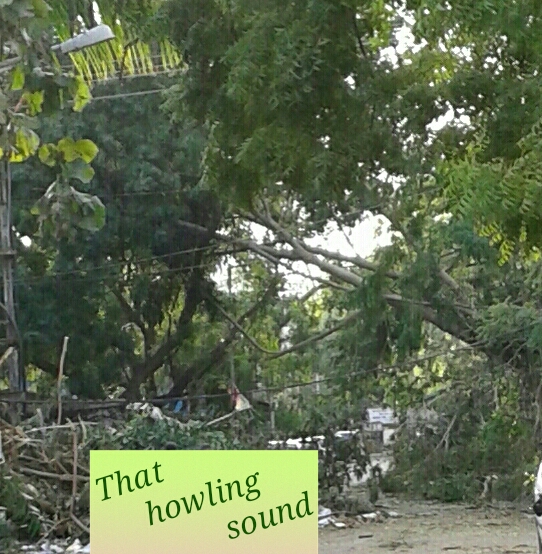