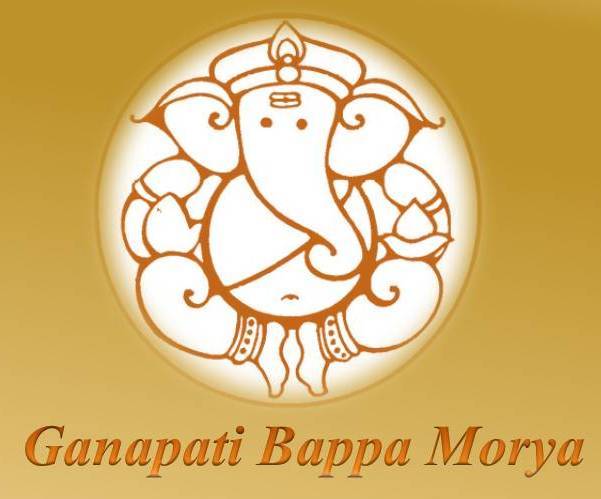 The Hindu month of Bhadrapada brings in my most cherished festival, Ganesh Chaturthi. On the fourth day (chaturthi) of the Bhadrapada month, the elephant-headed Hindu God, Ganesh, is worshipped. Ganesh, Ganapati, Gajanana, Ganaraya, Vinayaka, Vigneshwara, Pillaiyar are only some of the many names that He is popularly known with. Lord of the people, remover of obstacles, the elephant-headed one – irrespective of the name He is called with, Lord Ganapati is loved by young and old alike. As the festival nears, chants of Ganapati bappa morya start reverberating around.

Ganesh Chaturthi is celebrated in homes across India. But it is celebrated on a wider scale in Maharashtra, Andhra Pradesh and Telangana. In the year 1893, Lokmanya Bal Gangadhar Tilak helped revive the practise of Sarvajanik Ganeshotsav, where the festival is turned into a public event, in which people from various sects and groups can participate. Since then, Ganesh Chaturthi has been a major festival in Maharashtra. Having grown up in Mumbai, I have witnessed from close quarters, the frenzy that the festival brings. It looks as if the city is decked up to welcome and celebrate the beloved Lord Ganapati. There are Ganapati pandals at almost every nook and corner.

Ganesh Chaturthi is celebrated for ten days. On the tenth day, which is called Anant Chaturdashi, i.e.  the fourteenth day of the month (Chatur  means four and dashi means tenth), the Ganapati idols are taken out in a procession, amidst sounds of the dhol, dancing by the devotees and chantings of Ganapati bappa morya. They are taken to the nearby sea, river or lake and then the idols are immersed into the water. In some places, the idols are immersed after one, three or five days, the choice of which is left to the devotees.

So what does Ganapati bappa morya mean? A question that is often asked. It is clear that Ganapati is Ganesh himself, Bappa means father or Lord. But what morya means is unclear. There are two theories though. One theory refers to a 14th century saint named, Morya Gosavi, who was an ardent devotee of Lord Ganesh. He was granted a boon that his name would be taken along with that of the Lord Himself. Hence Ganapati Bappa Morya. However, the more popular theory is the second one, where morya is said to be a combination of two words, mhore and ya. In the Kolhapuri dialect of the Marathi language, mhore and ya, collectively means come forward and bless.

The orgin of the chant could be either or both, but what is undeniable is that the festival of Ganesh Chaturthi is incomplete without the chantings of Ganapati Bappa Morya.

Also, at the time of immersion, while bidding a tearful goodbye to the dear Lord, another line is added

Apart from the gaiety and jubilation that the festival brings in, another reason that I love is how we celebrate at home. This is perhaps the only festival where all the family members sit together and perform the hour long pooja. But what takes a longer time is the decoration of the paalavelli, which is done before the pooja. 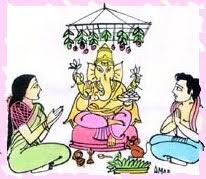 Paalavelli is made up of 8 to 10 wooden sticks that are put together to form a netted square. Some paalavellis have sticks that are fixed permanently. But traditionally, paalavelli sticks are thin bamboo sticks that can be interwoven into a square shape. And after the festival, the sticks are separated and stored for next year’s use. This paalavelli is tied above the mandap and decorated with flowers, fruits and mango leaves.

Amongst the traditional procedures of Ganapati pooja, what has essentially seeped in are the Marathi devotional songs that we grew up hearing  in Mumbai. During those ten days of Ganeshotsav, every morning the radio would croon these songs. Songs like Utha utha ho sakalik, Pratham tula vandito, Ganraj rangi nachto and many more without which the festival felt incomplete. But the song that became part of our pooja is the Ganesh Aarti. Sukhkarta dukhharta is always sung alongwith other Telugu and Sanskrit verses.

So in our traditional Telugu household as we celebrate Vinayaka Chaviti ( as we call the festival in Telugu) in a city where most are celebrating Pillaiyar Chaturthi (as it is called in Tamil), our day starts with playing Ganapati devotional songs in Marathi alongwith Carnatic classicals like Maha Ganapathim and Vatapi Ganapatim bhaje. When the Ganapati idol is brought into the home we chant Ganapati Bappa Morya several times. And at the end of the festival, as we bid adieu to our dear lord, we have to chant

A festival, so unique, is eagerly awaited every year. Until Ganapati Bappa visits us again next year to bless us, the chantimgs continue in our hearts.

The Ganapati pooja drawing and the Ganesh Aarti video are credited to the uploader. 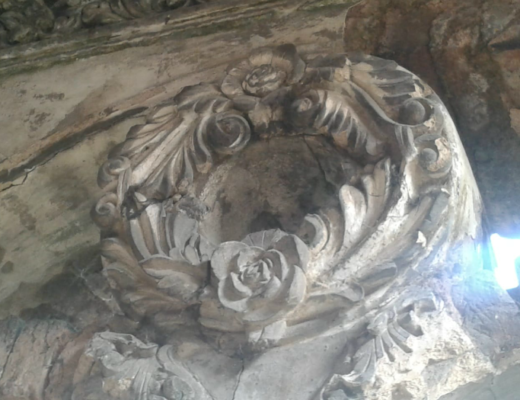 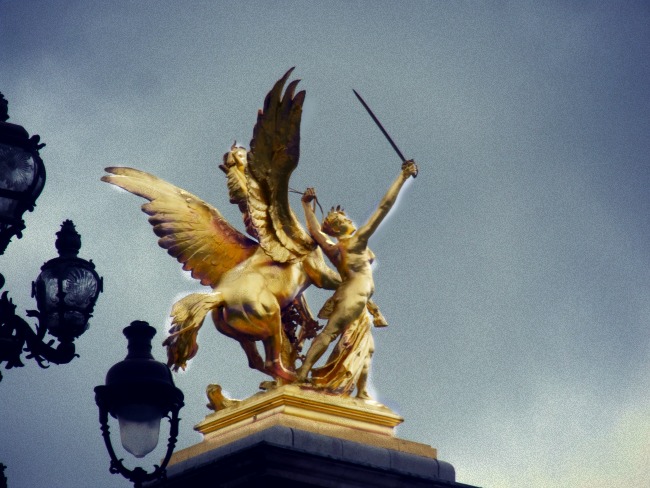 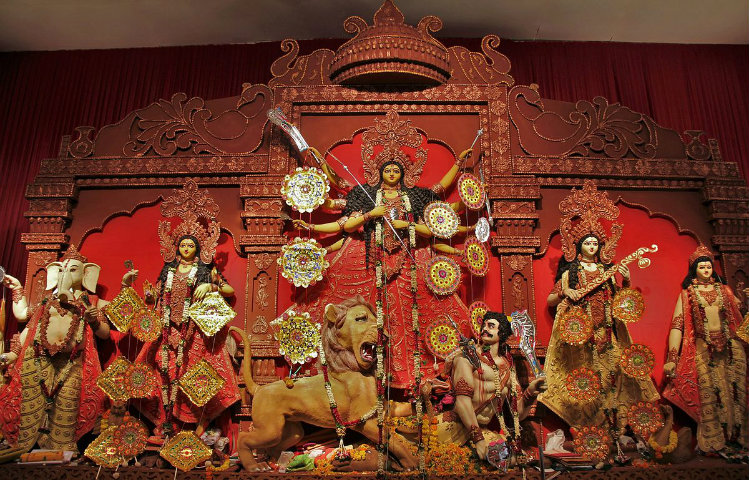