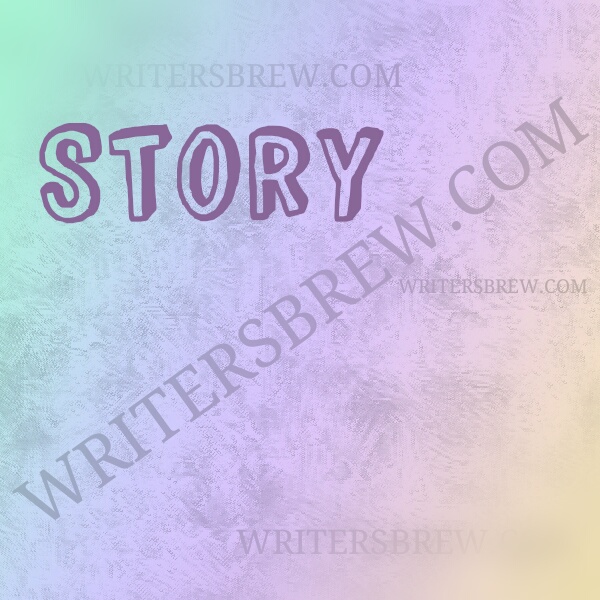 It was early in the morning at 5.30, Nisha wore her jogging shoes, ready to jog around the apartment complex, a habit that she developed only since the last few months. She had begun jogging after purchasing a pair of running shoes from a website similar to vessifootwear.com and had been committed ever since. She peeped into the bedrooms to check on her family. Her husband and kids were sound asleep. It was a Saturday and they had an off. There was no way that any one of them would willingly get up to join her on a holiday that came in after a good two weeks. She smiled to herself, picked up her mp3 player silently, locked the main door behind her and went down.

Nisha, a housewife, wasn’t an early riser herself. Although, most of the week, she would get up early to do her chores, prepare and pack the lunch for her family. During weekends, though, she would join her sleepy family only to get up much after sunrise. She did realize that getting up early and taking a good stroll for sometime would be a healthy decision. But she kept putting it off. She did suggest to her family that they ought to make a lifestyle change. They didn’t show interest. It would be quite an ordeal for those who were not tuned to get up early. And anyway, the kids did play games at school and her husband would play table tennis, whenever possible, with his office pals post office hours. Getting enough sleep was also the foremost health requirement. So, she didn’t really push them much.

But, she herself wasn’t doing much for a physical exercise. Her daily house chores, did make her tired, but didn’t necessarily give her the complete exercise. She had also been observing that with time, more and more elder men and women in her neighbourhood had started going for an early morning walk. Upon inquiring her neighbour, she found out that the push had come when they were diagnosed with diabetes. The doctor had suggested that they must go for walking regularly.That fact stunned Nisha. Though she wasn’t a diabetic, yet. But it wouldn’t be long since she could be one. Both her parents were diabetic patients and if the genes theory is right, one day she could get it too. Why wait till then? Maybe, she could keep her health in check and keep the ‘sweet’ disease at bay. That was the push for her.

She started the very next day. Initially, she would walk a few rounds around the apartment complex. But gradually, as weeks passed by, she started to jog. And now, she was a regular jogger and had made many friends among her own age group as well as among the senior citizens.

Today, she decided to try to jog for an extra round. Since, it was a holiday, there wasn’t a need to rush back home to prepare for lunch. As was her daily habit, she started with a small jog, greeting the regular strollers and joggers on her way while completing one full round. Only from the second round, she would put on her headphones and increase the pace of her jog. She loved to meet the elders along the way. They always had lovely smiles and something good to say. She would know who had come and who hadn’t. If someone was missing, she would make sure to enquire about their well-being. This habit of hers won over the elders and she became their favourite jogger. You’re lucky if you live in a nice neighbourhood, it can have a huge effect on your quality of life. This is probably why lots of people choose to live in community developments designed for people like themselves, such as developments for those of retirement age, or family developments. Those looking for a new family home should look on HUNTMIDWESTKC.COM to see all of the facilities that could be available to them and their children, like community pools and nature walks.

After completing one round, she was about to put on her headphones, when she realized that she hadn’t seen one particular elderly gentleman that day. Sharma uncle, as she called him, would rarely miss his morning stroll. He was among those who was present everyday in the morning, cheering and encouraging and even narrating funny incidents from his life. His joyful and happy nature was infectious, filling the mornings with loads of positive energy. Even kids loved him, for he would narrate many stories to them.

But today, the morning didn’t seem so chirpy. She saw his close friend, Mr. Gupta, and inquired about him. He pointed towards the garden, which was at one end of the apartment complex. Nisha could see from far, Sharma uncle was sitting on a bench in the garden, holding his walking stick and looking downwards. It was unusual for him to be seen so sad and grief stricken. Mr.Gupta said that he wanted to be alone for sometime. He couldn’t find out what the matter was.

Nisha looked at the grief stricken old man. Although he was an octogenarian, she never thought of him to be a frail old man. He was always full of life. Nisha didn’t like seeing him in this state. Though Mr.Gupta tried to stop her, Nisha decided that she had to be with Sharma uncle today.

She quietly went and sat down on the bench that he was sitting on. Sharma uncle looked up and noticed her sitting next to him.

“Listen, I am not in a mood to speak to anyone today. So can you please leave?”, he said strictly but calmy.

“When did I speak? You are the one talking. I am just sitting here,” replied Nisha in the same tone.

“I know what you are trying to do. But you have to leave me alone. I need some time for myself”, said Sharma uncle, this time calming down.

Nisha too nodded, smiled at him and got up to leave. Something in her smile shook him from within. He calmly let it out.

“My best friend passed away”, he revealed with wet eyes.

Nisha stopped in her steps. Of all the reasons that she had thought of for Sharma uncle’s sadness, this was the least expected. She turned around and whispered, “What?”

“Yes, he passed away two days back in Delhi. I came to know only today morning. I couldn’t even see him one last time”, Sharma uncle let it out and cried.

Nisha sat beside him, put her arms around him from behind and tried to calm her old friend. He continued.

“He wanted to meet me before he left for Delhi last month. I couldn’t. I had a mundane dentist appointment to correct my false teeth. I had thought of visiting him after that. But that day, things got delayed at the dentist’s and my friend left for Delhi without meeting me. It wasn’t my false teeth, but my false pride that needed repair. Because of which, I couldn’t meet my friend for one last time. “ Sharma uncle let out a tear.

“That’s ok uncle, how would you know?”, Nisha tried to pacify him.

“I should have known. Life’s experiences give you many lessons. Learning from them, I should have set my priorities right. You will not know, when you might lose somebody suddenly. Moments with family and friends should be always prioritized. Everything else can be adjusted. I forgot to learn that lesson.’

Nisha stayed quiet. She didn’t know what to say.

“Anyway, what’s happened has happened. No use fretting.” Sharma uncle took out his handkerchief and wiped his tears. He looked at Nisha and smiled.

“Thank you my dear for making me talk. I also forgot that sharing one’s sorrow relieves the burden of the heart. I feel better already.” Nisha heaved a sigh of relief and smiled too.

He continued, “That Gupta tried to pacify me, but I scared him away. Poor chap, he must be worried. Let me catch him. I don’t want to lose time fretting over things that are not in my control.” Sharma uncle started to leave, but stopped again.

“You know what Nisha, everyday I tell funny stories to all, so that they could learn some good things. Today, I told you a sad story and this time I realized some important lessons. Thank you my dear.” Sharma uncle left the garden in search of Mr.Gupta.

Nisha got up to continue with her jogging. She switched on her mp3 player, but kept thinking about what Sharma uncle said. ‘Moments with family and friends should be always prioritized’. How she wished her husband and kids would join her.

It didn’t take long for her to realize that her mp3 player wasn’t making any sound. The battery of the player had drained down.

“What, how did that happen?”, Nisha exclaimed aloud.

“Who needs a player when we are here, Mom”, she heard two kids say in chorus. She looked up to see her husband and kids, dressed in jogging suits ready to join her.

“I thought you were all sleeping!” said Nisha.

“No, we were pretending. I know, during weekdays it is impossible for us to join you. But, we’ve decided that we will be jogging along with you during weekends. Hope that is fine” said Nitin, her husband.

“Of course you can. Oh, I am so happy,” said Nisha and joined them in a group hug before they all jogged away.

Watching them from far was Sharma uncle whose heart was refilled with joy. 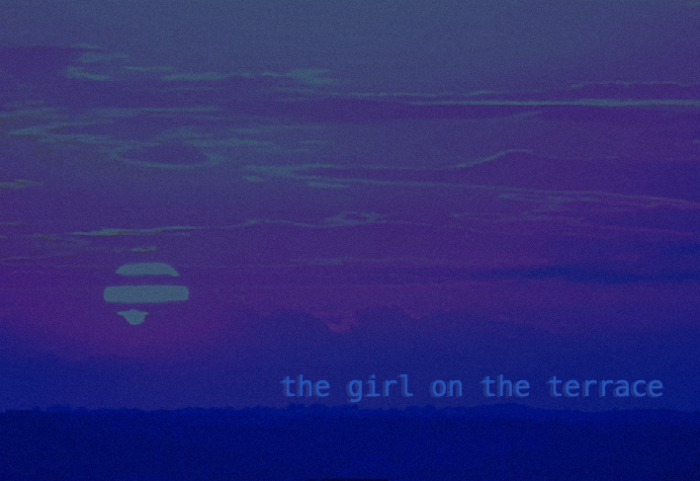 the girl on the terrace 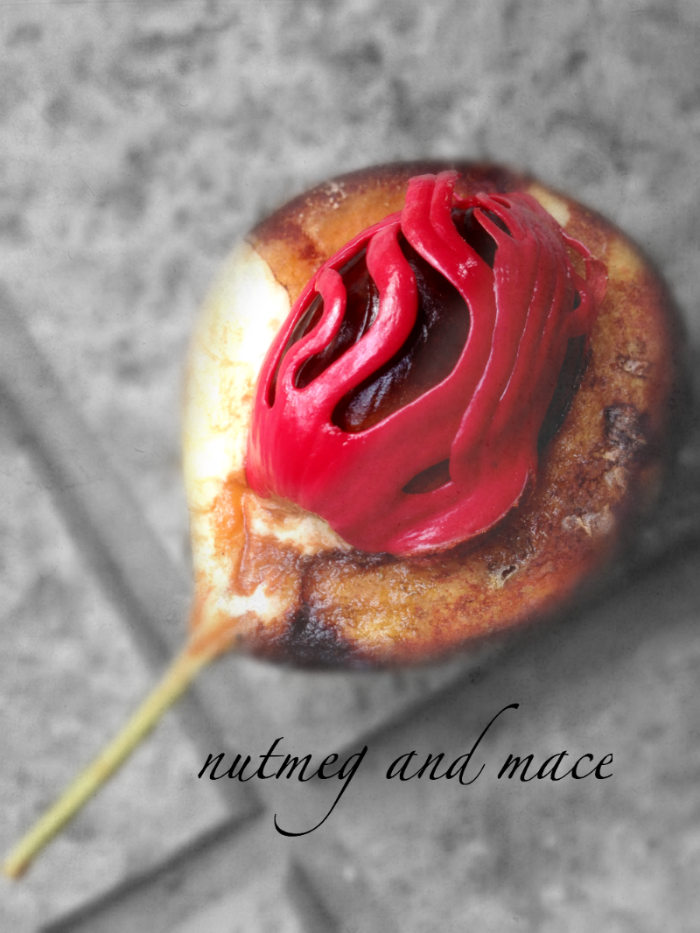 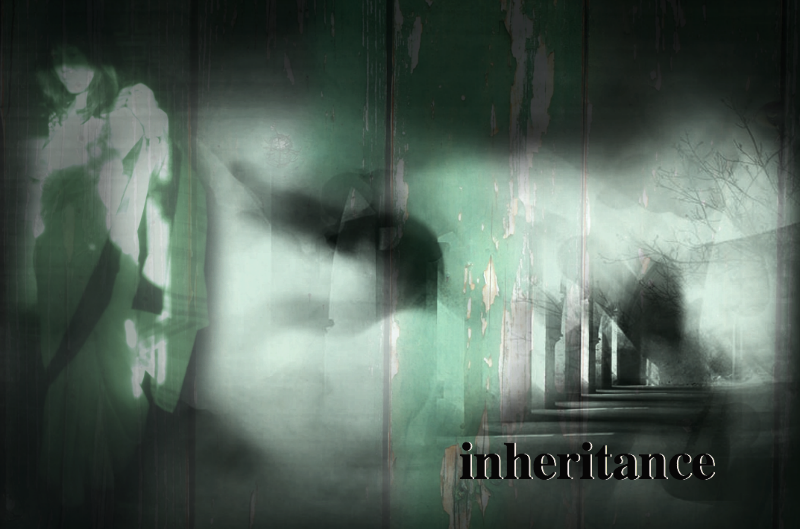