Get lost in its beauty 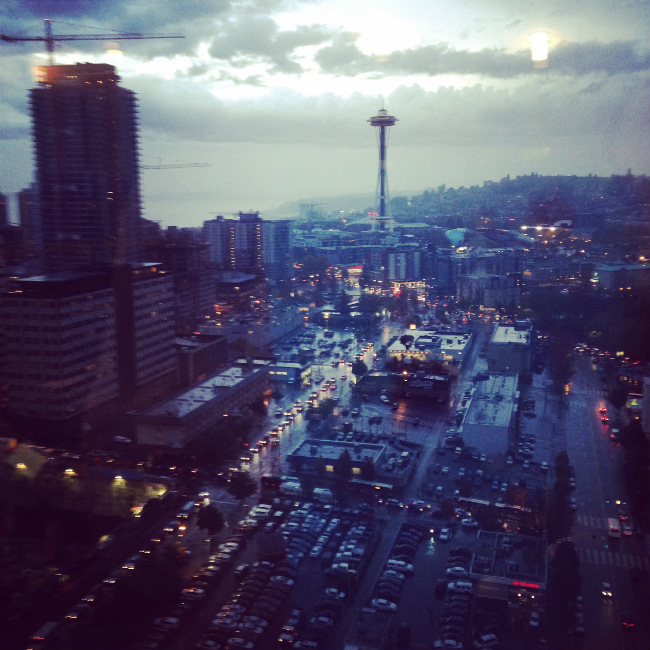 Exactly three years ago I came to Seattle for the first time. What brought me here was the work, but what made me stay was its enthralling beauty. Till today whenever a cab driver asks me if I like the city I have a stadard response. With exuberance (which does not diminish in the slightest, however tiring my day might have been), I say.. “I love it. It is a very pretty city“.

When Indi di started writing about Singapore and asked me if I wanted to write about Seattle I suddenly realized how much I want to say about this city, that in such a short time has managed to feel like home. 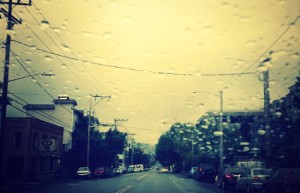 Don’t get me wrong. All that you heard about Seattle rain is probably true. It is not a heavy downpour, but a continuous drizzle. The sky remains dark with grey clouds, but all this somehow works out and only enhances the charm of Seattle. As you approach downtown from I-5, the numerous lakes and water bodies surrounding it, and tall skyscrapers getting lost in the clouds, it reminds me of Gotham, the batman city.

It does help that is a little obsessed with vampires. And, apparently, no sun means I might see a vampire someday on the streets of my city! I can see why a lot of novels get based in the state of Washington. One of the first movies to have a backdrop here was Meg Ryan’s and Tom Hank’s unforgettable delightful romantic comedy Sleepless in Seattle. This is also home to the doctors from Grey’s Anatomy. In fact nowadays, Seattle actually features widely in a lot of homicide detective series.

But, its not all grey. Far from it, the summer months are some of the most pleasant days one can come upon. The sunlight fades into a soothing twilight almost 9 in the night. And all around it’s as if the city has come out to celebrate. People leave the office early, to barbecue in their back yard or go boating, hiking or bike riding.

Bike rides are this city’s specialty. I am told that Seattle is one of the most cyclist-friendly cities. People cycle not just for health and environmental concerns, but for the fun of it. Despite biking being popular here, you do often see people making use of other transport methods too. This is usually because of how busy the city is, meaning that driving can take a long time. For people who need to get places quickly, adult electric scooters seem to be another method of transport that a lot of people are using these days. This is a fun way of transporting, and it also makes it easier to get around when trying to avoid some of the busier areas of Seattle.

Another favourite sport here is running. Right in the middle of a busy weekday, at lunch hour, you can see downtown filled with software engineers from all over the world jogging through the busy city lanes. Then there is another set of people taking their dog for a walk. My office reception might not have candies for human visitors, but it does have dog biscuits for our furry four legged friends. Every city has these idiosyncrasies. For Seattle, it is all this and a lot that I am still discovering.

The home of Starbucks, Seattle dwellers love their coffee. There are caffes and pubs in downtown and nearby neighborhoods that are rich in the local flavor. With outdoor seating and smiling faces, from a homely feel right down to a nerdy joint you can find a place for exactly what you are in a mood for. 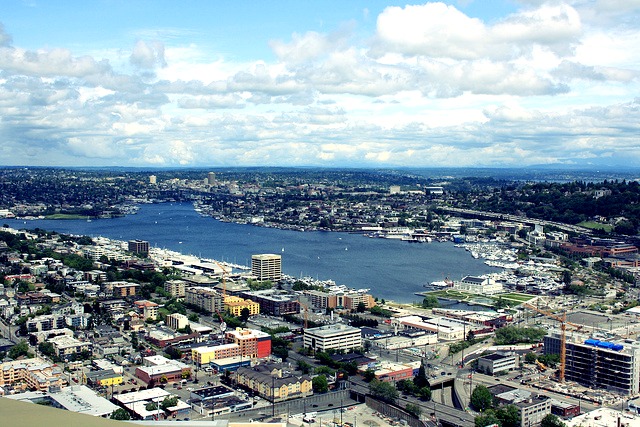 The view above is of South Lake Union. No, you don’t need to drive miles out of the city to get a great view. Right in the heart of downtown is this lake with clear blue waters, ferries and sea planes. Every summer their is a sea fair, and most probably right from your office window you would be able to watch the planes fly.

Surrounding the adjoining cities are mountain ranges and on clear days you can get a glimpse of the snow clad peak of Mount Rainer. But, personally for me, simple nearby lanes, flowers, even the unending number of cranes (there is a lot of construction going on all over), all add character to Seattle.

On that first trip , I ended up visiting a lot of different ‘touristy’ cities of America, but I had already given my heart to Seattle. And nothing seemed to come close. 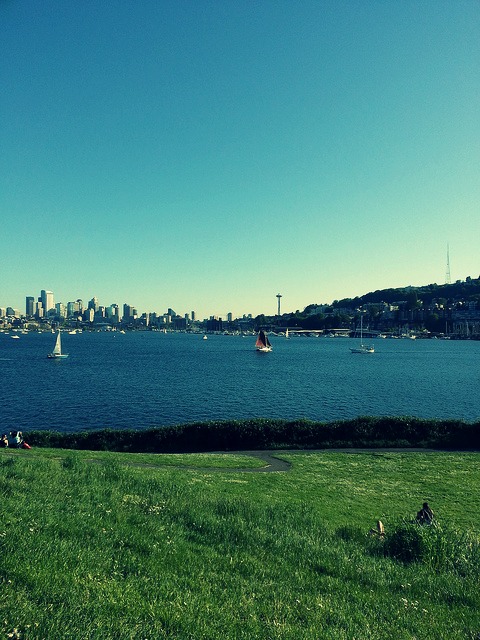 There was one evening that was instrumental in my deciding I would make this city my home. On the far end of South Lake Union, overlooking the high rises of downtown lies the Gasworks Park. It used to be a factory founded in 1906 that manufactured crude oil from coal gas. When the factory shut down, the city acquired the land.

Instead of tearing down the factory, they preserved it as artwork. Now kids fly kites, grown ups lie on picnic mats, dogs sniff around and photographers spend hours for that perfect picture, all against the stunning backdrop of the lake and rusty gas cylinders. Because of the rain the grass is always verdant green, peppered with some of the prettiest sunny yellow and white flowers. These flowers were actually weeds, much later I realized, but it didn’t matter in the slightest.

You get the feeling, if you take a step further you could wade into the rippling waters and leave all the stress of life far behind. A breath of fresh air and the promise of peace is what I found in the visit that day.

The town somehow inspires creativity. The coffee shops, the walks, the artists and musicians, the neighborhoods on steep hill slopes. Even a simple bus ride has a story to tell. You can even take a beautiful yacht and go peaceful sailing in Seattle. There is a feeling of flight that wants to take you on this joyous uninhibited ride. And suddenly I wanted to write it all down.

If you’re heading to Seattle, either on vacation or for business, you could book a Stay Alfred luxury travel apartment. You’ll be able to enjoy the space and privacy of a vacation rental but with the professional management of a hotel. Definitely worth considering if you’re coming to experience this fantastic place!

Hope you enjoy Seattle with me. There is inspiring beauty in this city. 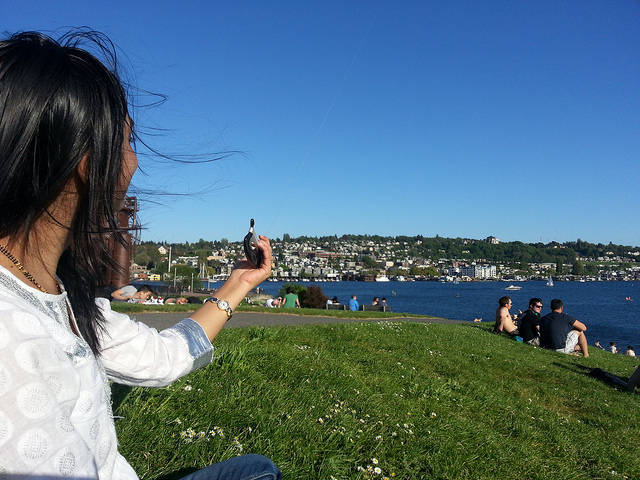 Me flying a kite 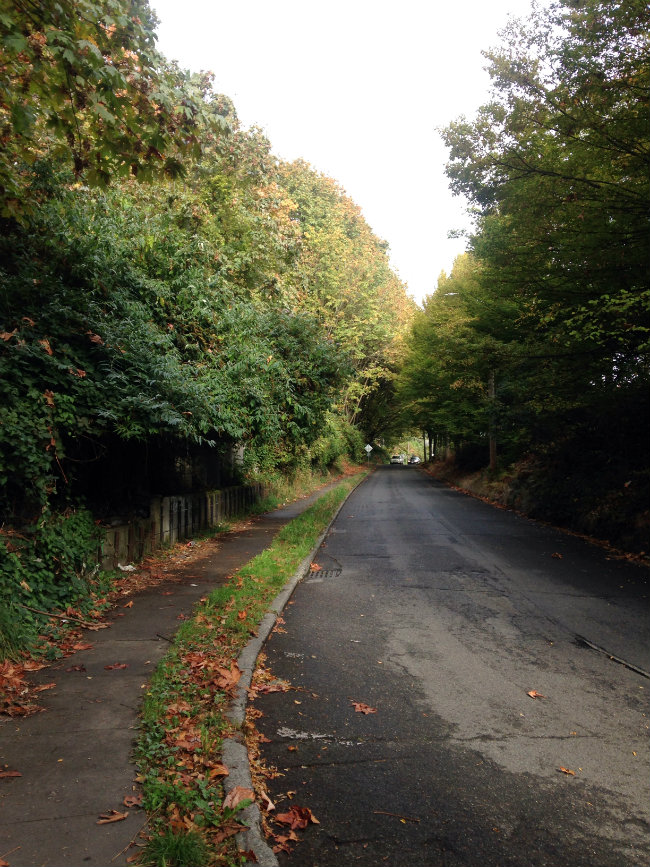 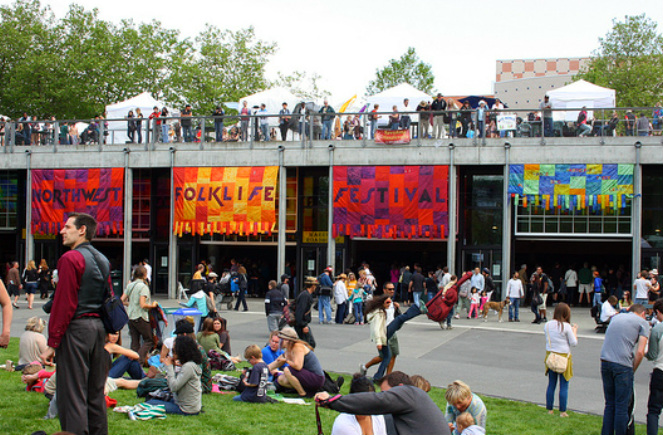 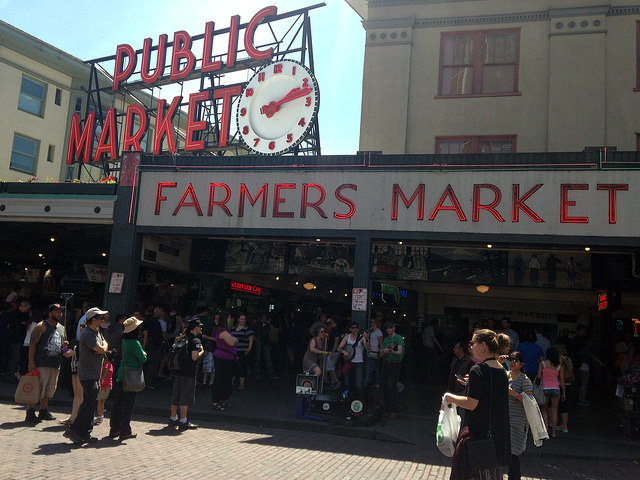