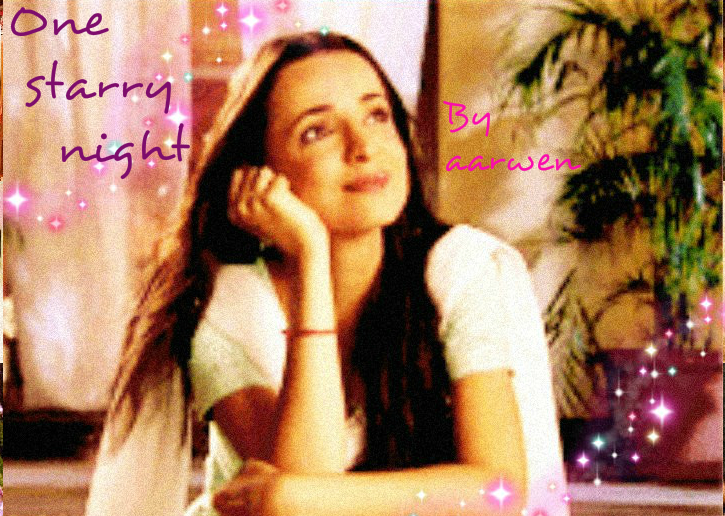 How exactly had he ended up here? At midnight, in Lakshmi Nagar of all the places. It had all started when Aakash had come back, over enthusiastic, after his chat with her.. Khushi..

Now why was she smiling and patting on that ridiculous rickety bench? Should he go sit next to her? His feet seemed to have taken over the decision as she continued talking nineteen to a dozen, even before he sat down next to her.

Akash had said something about an actor doing it in some movie. Salman Khan.. Of course it had to be her idea that Payal would like Aakash to do something daringly different before the wedding. He hadn’t seen his idiot brother this happy since they were kids. Unbelievable.. And with NK sick who better than bhai could Aakash turn to. What was puzzling him at this moment was why exactly had he said yes to Aakash’s pea brained scheme? If he was true to himself he knew the answer to this question since many days now. And that is exactly why Aakash is inside with Payal. And I am with her sitting outside. Reflecting..

Look at what all he had done in the past few weeks.. Helped in a mad cap suicide scheme to get Payal to confess, been tutored by this girl in what was it.. Kuch kuch hota hai? And also been tempted to .. No, tempted was too strong a word.. Been lightly swayed to dance in the sangeet with her just so that NK didn’t end up completely bruising those beautiful white feet..

Yes, well, no point denying he thought her feet were beautiful when he had held that dainty white ankle on his knee. And the way she had delicately lifted her red saree. The girl who bumped into stuff, caused certain chaos wherever she went had been so graceful that night. Glittering diyas and she stood glowing in red. Could he ever forget the color? He never knew such a strong visceral reaction would get attached to a mere color, of all the things possible. He needed to find the AR designer who had designed that saree and give him a raise..

The way the silver payal had shone once he had placed it on her! Till today sometimes when he could hear her going about in Shantivan he would close his eyes and let his ears feast on their khanak. He would know Khushi was around somewhere in his house doing something ajeeb. Strange that the tinkling sound reminded him of Ma’s bangles. But he wasn’t really thinking of any of this on Diwali, was he? He had not been thinking at all. Period. He had been in a trance. For a long long while he had not felt this out of control.

Bas. He should stop. His thoughts were taking a pretty dangerous turn here.

Dammit! He had even become talkative in his mind. Just like her. And he was having a hard time not to break into a .. Akash was already suspicious catching him thrice.. smile.. That’s right. Arnav Singh Raizada smiling. The action felt new to is face. He was quite sure his lips had long forgotten this particular motion. Then again could he have stopped himself when, as she apologized for some craziness she had done that day, she kept smearing some sticky goey stuff over that lovely bewitching face.. Yea.. lovely .. bewitching .. Why did he crave to drink in that sight and not bear to look away anymore? Damn Khushi Kumari Gupta .. what have you done to me?

Khushi.. He distinctly remembered the first time he called her by her first name. How could he forget what seemed etched in his mind. Hadn’t he been besides himself with worry? Hours later after having left her unconscious in her house.. Here.. where he sat right this instant. Next to her… He had relived the terror. That something might have happened to her. He might not have reached on time. What if he did not reach on time?

Her face framed by those untamed strands that flew out in the wind still caught him off guard. And was it the flash of lightening that caused those eyes to sparkle blindingly? No one dared to talk to ASR in that tone but she had. It had been an out of body experience. He couldn’t even exactly remember what followed what, but somehow she had fainted and he held her secure in his arms. The intensity of emotion that coursed through him was undeniable.

The fiery girl looked so fragile when his coarse brown hands held her light frame. She was delicate. Untouched. He could not tell how many minutes he had stood holding her close. Minutes… Maybe it was hours… Not possible.. it had ended all too fast. Must have been a matter of seconds.

Why was it essential that he protect her? Why did she feel unreal? Unearthly. Why had her tiny hand held on to his shirt so tightly that he had to fight to loosen her grasp. He hadn’t really wanted to. It felt physically painful when he had braved to do it finally. He had never been able to be indifferent to her. When had all this truly started?

“What the?! Khushi..” Now where was this crazy nymph rushing off too? Why can’t you just sit right here next to me? And stay still.

Khushi.. Invariably whenever he said the name he experienced a strange thrill surge through his body. Alive. What absolute nonsense was he thinking! The last time he had spoken this much to himself was when he had decided he needed to apologize to her on the day of the .. No. He needn’t think of that yet.. If he was having these honest discussions with himself might as well admit there was something about being around her that dimmed the constant ache within him. Of course if he had to be precise, these days even when he was away from her all that he could concentrate upon was her.

This was getting ridiculous. Where had she rushed off to while he sat in his reverie? Was she even planning to come back? He should get up and go find her. She had an uncanny knack of landing in trouble if left to herself.

He was completely distracted by that beaming happy smile as she held out the tea cup like it was some sort of coveted prize. Without sugar? No sugar in her house that is why she made it? He had no idea how she could talk this much. And have that enchanting blush at the same time. She couldn’t possibly have known he would be here. That the jilebis were ready from before, then made no sense at all.

Those set of startlingly piercing eyes were saying all sorts of things to him. It surely wasn’t helping that he kept losing track of what she was actually saying meanwhile. Maybe he should say something to her.. But by now her smile had already faltered and having placed the cup into his hand she had turned that gorgeous head of hers slightly away. One of these days he had to figure out what was it that she kept muttering to herself. Whom did she think she was having these conversations with anyway? Enough Arnav.. why do you even care? Ye larki mujhe paagal kar degi.. Yes this girl will drive me crazy..

He wondered if Ma could see him with Khushi. He suddenly desperately wished ma could see this girl. Now what? Was she humming to herself? But where was the echoing strand of music floating in from. Surely something soothing uplifting to the tune. And it did feel vaguely familiar. Like he had heard it before but couldn’t quite place his finger on it.

Perhaps he should talk to her instead of solving the mystery of some phantom melody. Time to turn and concentrate Mr Raizada… No point in disturbing her when she has her gaze turned upwards and has that smile playing on those lips. A minute more of doing nothing just taking in the sight of her would surely do no more harm than already done right?

Oh waittt.. Those lips had moved. What had she said? Hell! why did he have to miss it? What if it was important? Only one way to find out.

Good thing that they fell in love.. And she turns back to stare at the open vista of stars spread over us. Her face looks enchantingly serene, eager even. Suddenly he felt compelled to agree with her.

No question about it. There was no place else he would rather be tonight. He breathed in her scent. The freshness of the chilly night. And then settled down content. He was in no hurry to get up. Somehow this is where he was meant to be tonight. And he could stay this way forever. The word had a nice ring to it.. Hameshaa.. 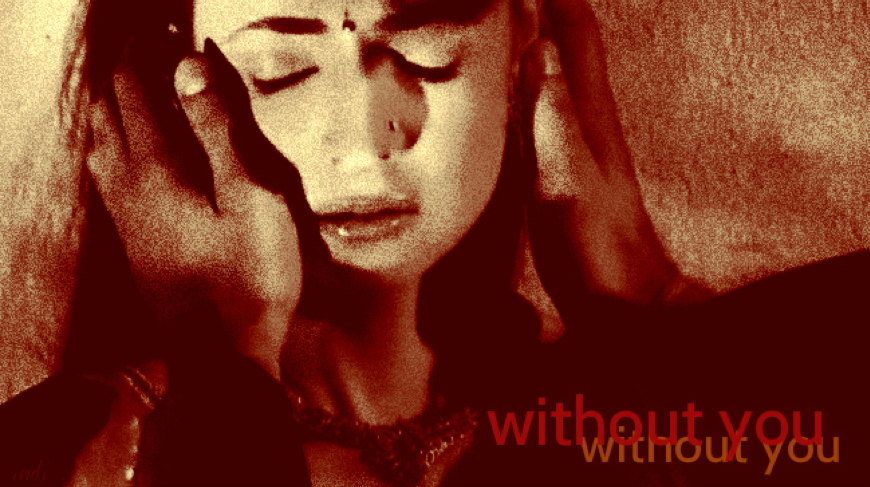 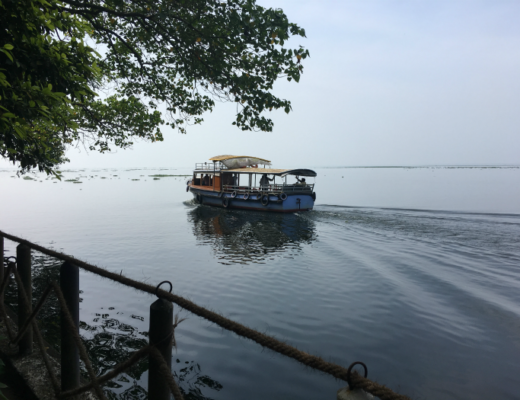 the other blue banarasi 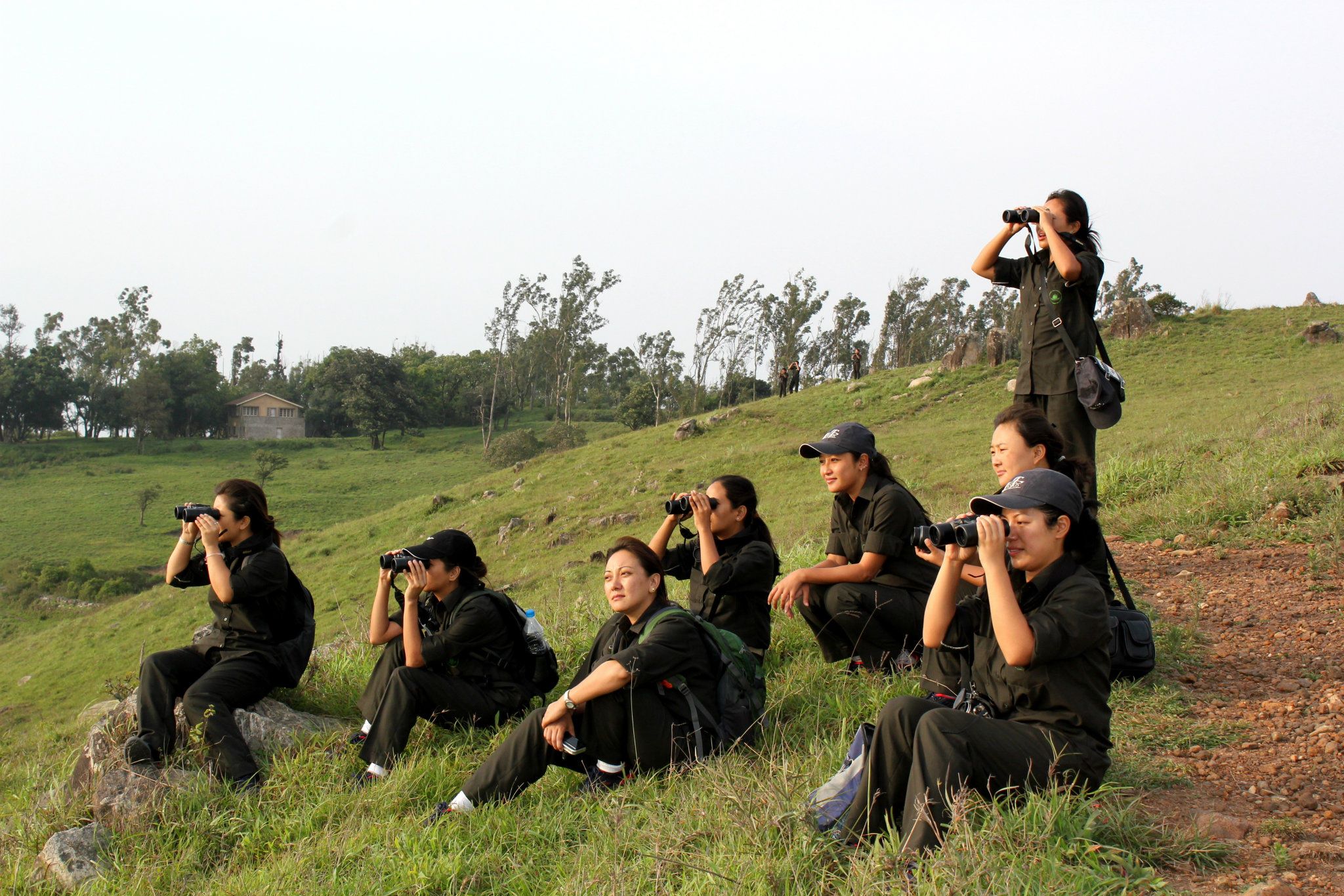