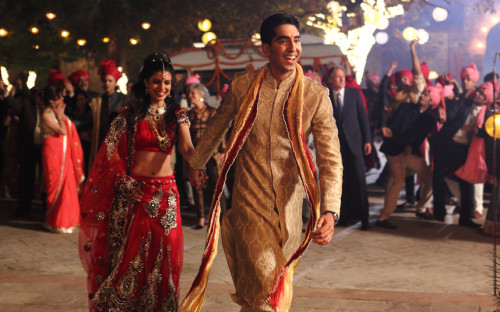 i haven’t seen the first one. many tell me that’s much better. just found out that that could be because it was written by someone, deborah moggach, then turned into a film, which is of course the best exotic marigold hotel. however, in the case of the second one, there was no book, director john madden and screenwriter ol parker felt the need to put together a sequel and did so. i have to say, since i was not comparing, i did absolutely enjoy the film. 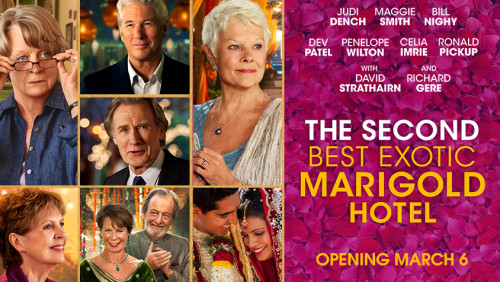 quixotic kind of exotic hotel in jaipur, india. their beloved hotel owner and roll call taker, daily shouted out morning roll calls so you know everyone is alive or not, is sonny kapoor (the really amiable and not too bad looking dev patel).

and now he and one of his guests muriel donelly (the fabulous maggie smith) have mounted a charge for expansion.

“this book came about because i’d been thinking a lot about growing older, about what is going to happen to us all,” deborah moggach

it’s time for the second best… you guess right, marigold hotel, exotic at that. sonny is also about to marry his long time love, sunaina (tina desai, who is really pretty). of course, the worlds of love and money get intertwined in crazy ways as the various stages of marriage and expansion get going. there’s also a bit of spying and intrigue thanks to  a certain guy chambers (that good looking man richard gere) and another mysterious guest at the hotel. life is full of challenges for sonny and in the middle of all that, there’s his difficult and deadly gorgeous mother mrs kapoor (lilette dubey in the most beautiful saree/blouse ensembles and earrings, most stylish).

around the main theme sing and caper other stories about all the guests. evelyn and douglas (judy dench and bill nighy) and there romance headed seemingly nowhere. norman and carol (ronald pickup and diana hardcastle) are caught in a tricky monogamous tie. madge (celia imrie) can’t decide which rich husband to choose. maggie gets a chance to do something completely new.

there’s never a moment that’s dull or predictable and the pace is buoyant and full of a happy tripping. who’d have thought this was a film full of over fifty nearly seventy people.

i loved the way old age was leveled with and understood fresh in the second best exotic marigold hotel.

as i watched i realised it was a feel good film but far from shallow. beautiful acting of course raises the experience and leaves its mark. but really at the heart of the film is a regard for age… for the aged… that is practically missing from our entire media sadly. ironically, we live longer thanks to all our new technology and this is seen as a sign of progress, a marker of a nation’s “first worldness”, yet old age is neither liked let alone loved; nor understood or welcomed, never proudly presented.

youth is all we worship and every wrinkle, every silver hair, every sign of delinking from this in your face “young” world is feared. drat shoo, age. age defiant is what the cosmetic industry asks us to be. while writing ads i have been told never to use the word “old” or even “mature” for the cosmetic and jewellery brands i used to write for. 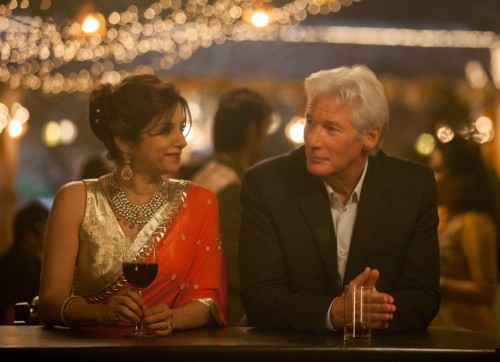 i loved the way old age was leveled with and understood fresh in the second best exotic marigold hotel. a wonderful group of actors took us to the emotions of the people who had lived beyond fifty or maybe even sixty. no patronising, no stereotyping. here were real people going through their lives, feeling things, being themselves, razzling and dazzling and the best part of perhaps uprooting oneself from the familiar and landing in an unknown space… they were finding new things about themselves.

take a look at the trailer here.

brilliant vis a vis with age; a loving eye on youth; rejoicing the sheer force of clean goodness; splendid colour (look out for the garden lights at the engagement party); and the lasting satisfaction of adept performance. youth is silver and sheen and mercury… old is diamond and rubies and marigold.

A Song of Ice and Fire

Women Who Proved The World Wrong 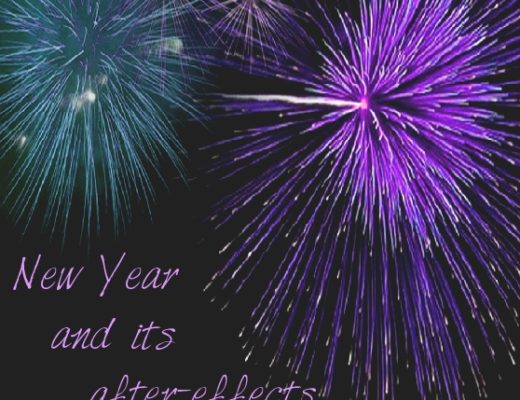