Grand is the word – Bahubali 2 – The Conclusion

Before you start reading this, I would like to alert you that if you haven’t seen the movie yet and you plan to watch it, then please avoid reading this. I just might reveal the plot … or maybe not.

‘This is so grand!” That was what I kept thinking, as I watched the movie ‘Bahubali 2 – The Conclusion’, on the huge celluloid.

But before I write on the second part of the Bahubali series, let me say something about the first venture.

The first time I heard about Bahubali was when I read that director S.S. Rajamouli was making a movie on the lines of his previous blockbuster ‘Magadheera’, which was a socio-fantasy movie. I had loved Magadheera, its story, visuals, stunts and the breathtaking special effects. I wondered if he could recreate that magic again. Soon, Bahubali – The Beginning released and became a mega hit overnight. But the vast impact it had across regions was unimaginable.

The euphoria that arose after the first part, Bahubali – The Beginning released, is not unknown to all. The story of the prince of the Mahishmati kingdom, who grew up unknown of his illustrious heritage, his journey back to the land of his ancestors without realising that he hailed from the place and finally learning about his father, a tale that ended on a cliffhanger – Why did the trusted slave, Katappa kill Amarendra Bahubali?

So much buzz the first movie had created, that the wait for the sequel seemed never ending. And watching it on a big screen became a necessity. Although the movie was released in many languages, the obvious choice for me was to watch it in Telugu.

The story in Bahubali 2 continued from where it had left off in the first part. The special effects are in play right away. It’s difficult for a layman to detect which is real and which ones aren’t. Prabhas’s entry is as majestic as the ferocious computerized elephant that he manages to calm down.

Thereon the story moves towards how Bahubali meets his love Devasena, he princess of Kuntala kingdom. Their love story is filled with subtle but effective comedy thanks to the misadventures of Devasena’s cousin Kumara Varma. But soon the story turns grim when Bahubali loses his claim to be king, later is banished from the kingdom and eventually is killed by his trusted ally, Katappa. Once the flashback concludes, it is a battle to the end, vanquishing the evil Bhallaladeva and thereon the King of Mahishmati, Mahendra Bahubali, ascending to his rightful place on the throne.

It is heartwarming to see the close relationship that Bahubali shares with Katappa. From childhood, through his growing up years and even when Bahubali meets the love of his life, Katappa is with him like a father figure and a friend, guiding him and protecting him throughout. Therefore, it is heartbreaking to watch the penultimate scenes before Katappa kills Bahubali.

It is a welcoming change to see all three main female characters, i.e. Sivagami, Devasena and Avantika, as brave warriors. Unlike many movies with strong male protagonists, the women in Bahubali are not meek, but are strong characters who are able to fight for themselves against any adversity. This also includes Sanga, Mahendra Bahubali’s foster mother, who makes all the decisions pertaining to her adopted son, protecting him throughout his younger years.

The special effects used in the duet song on the ship are breathtaking. The ship literally transforms into a flying dream boat. The sails of the ship are transformed into wings and the ship flies away into the clouds to a dreamy space. The beautiful colours that the sky keeps changes into and the formations that take place are a sight to watch.

The fight scenes and the battle scenes are extraordinary. Swords, bows & arrows, spears, massive shields, armors, chariots with spinning swords – every weapon that were used in battles are shown. Not only that, the strategies that are used to defeat the enemies, are extraordinary. Be it, ripping off the dam to drown the Pindhari dacoits, whose modus operandi was to drown their victims in rivers; converting a tree into a lightning rod, by which it is set on fire and used  to destroy the revenging Kalakeyas, making catapults out of palm trees with the help of which, the warriors fly over the walls of the closed fort. Clearly, these are hard to describe scenes. One has to actually go and see to experience the magnificence that is exuded on the big screen.

There have been many references about the characters and storyline being inspired from the great epics Ramayana and the Mahabharata. Of course, there is a talk about many scenes being inspired from other movies. But for now, I will ponder on the epics.

The basic plot of most stories is about identifying the rightful heir to the throne and thus a battle ensuing to decide the same, usually between siblings and close relatives. The whole of Mahabharata revolves around this plot.

So, we have Bijjaladeva, who is an interesting combination of the characters of Dhritarashtra and Sakuni. Though Bijjaladeva is the elder son, he has a diabled hand and a crooked nature, because of which his younger brother is made the king. Due to this, Bijjaladeva develops an acute disliking for his brother and later, his brother’s son.

Bijjaladeva’s wife is Sivagami Devi, who is what Gandhari would have been if she hadn’t tied a cloth to her eyes, hence turning a blind eye to all the wrongdoings of her brother and sons. Instead, after passing away of her brother-in-law and co-sister, she takes over the functioning of the Mahishmati empire and also brings up the the late king’s son, Amarendra Bahubali along with her own son, Bhallaladeva. She becomes the Rajmata, the Queen Mother to the kingdom. She gives equal rights to both and when the time comes, chooses the right king without being partial to her own son. Like Kaikeyi, she loves both her sons. But again like Kaikeyi, she falls trap to influential talks and makes Bhallaladeva the king. Later, she also banishes Bahubali and his wife from the kingdom, only to repent later.

Bhallaladeva, the main antagonist, is Bijjaladeva and Sivagami’s son. He definitely is the Duryodhana of the story. But he is a tad better as the antagonist. While Duryodhan never hid his despise for the Pandavas and always plotted against them, Bhallaladeva never let anyone know his true intent. Except for his father and trusted followers, no one had a clue that he was anything other than an obedient son and a doting elder brother. With his honey coated words and mellowed behavior, he managed to fool his unsuspecting mother and the ever alert Katappa as well. Not until he had accomplished his goals, did he reveal his true self. This antagonist knew how to play his cards very well. Like a shrewd chess player, he plays his moves intelligently. The only thing he didn’t anticipate was the huge public support that Bahubali continued to gain. The oath taking ceremony gives him a strong reminder of that.

Katappa, the royal slave of the Mahishmati kingdom is destined to follow the orders of the ruler of the kingdom. His character reminds one of Bhishma who had vowed to never be the King, but instead will serve the one who sits on the throne. No matter where his affections lie, Katappa would always heed the words of the ruler of Mahishmati. Although Bheeshma didn’t kill any of his favourite Pandavas, he remained alive, though injured, on a bed of arrows till Hastinapur got its rightful king. Whereas Katappa couldn’t avoid killing Bahubali, but he did fight valiantly along with his son Mahendra Bahubali and saw to it that Bhallaladeva was defeated and Bahubali was made the king.

For some reason, Kumara Varma, Devasena’s cousin, reminds me of Shikhandi, the eunuch elder brother of Draupadi. Kumara Varma starts off as a meek, cowardly character who is afraid to hold a weapon and fight the enemy. But soon, a pep talk from Bahubali gives him the necessary confidence and he gathers courage to fight back the incoming enemy. On the other hand, while Shikhandi became a tool for disarming Bheeshma, Kumara Varma was used as a tool to trap Bahubali.

Devasena’s character has traces of Draupadi. But a tad better. Unlike Draupadi, Devasena herself fights for her honour instead of pleading her brother or husband. A very strong and confident character, she refuses to bow down to the might of the Mahishmati kingdom, she demands to have an opinion on her choice for a groom, she doesn’t hesitate to punish the hand that dared to touch women inappropriately. She is one of the most impressive characters on screen.

Amarendra Bahubali has traces of Ram and also of the Pandavas. But again a tad better than the Pandavas. He could be like Yudhisthir, who is the favourite among the people to be the king, but unlike him, Bahubali had no desire to be the king hence no qualms to give up his claim in favour of his brother. He only wanted to serve the people in whichever way possible. He could be like Bheem, who can’t bear to see the dishonor of his beloved and vows to avenge the sinful act. But unlike him, Bahubali doesn’t wait for a future date, instead renders the punishment then and there. Sirachedam, beheading, a gory act, but at this point it became glorified.

He could also be like Arjuna, the warrior who won the princess’s hand by displaying his prowess with his bow and arrows. But when his mother tells him that the princess ought to marry his brother, Bahubali, unlike Arjuna, interrupts and defends the princess’ choice of the man that she would like to marry.

All in all, the characters, though inspired from the epics, seem to have been carved after carefully working around their weaknesses and creating larger than life characters that could be accepted in today’s times.

The music of Bahubali, by the remarkable M.M. Keeravani is another plus in this engrossing endeavour. From the soulful ‘Dandalayya’ (Jai jai kara in Hindi) to the romantic ‘Orori Raja’, all the numbers excel on its own while also complementing to the story. Of course, the title song thunders on throughout.

An incredible work by the acting force that consists of acclaimed actors who’ve already proved their caliber in many films before. Prabhas as Amarendra and Mahendra Bahubali, Anushka Shetty as Devasena, Tamanna as Avantika, Ramya Krishna as Sivagami, Rana Daggubati as Bhallaladeva, Nasser as Bijjaladeva and finally the esteemed actor Satyaraj as Katappa. Along with this talented team and a huge technical team, S.S. Rajmouli has brought to life a vision that is unmatched on celluloid. It is a mighty force that has come together to create this magnum opus.

For those whose childhood was filled with stories from Chandamama and Amar Chitra Katha, this movie is a dream come true. And a grand one at that.

All the pictures and video are credited to the respective uploaders. 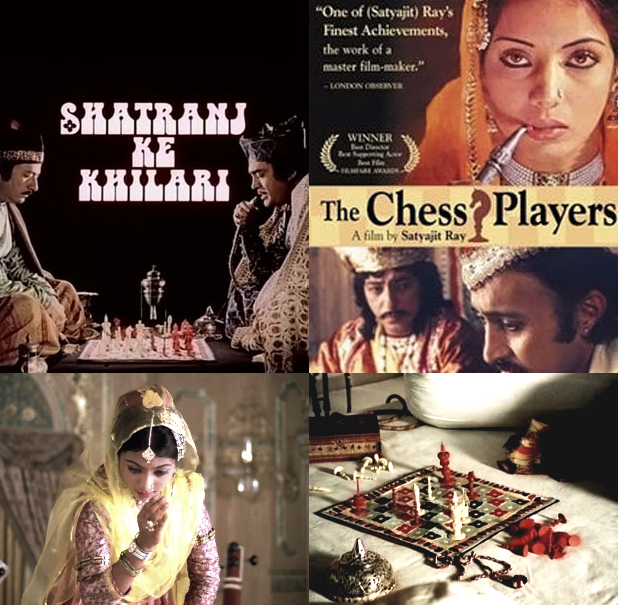 the players of shatranj 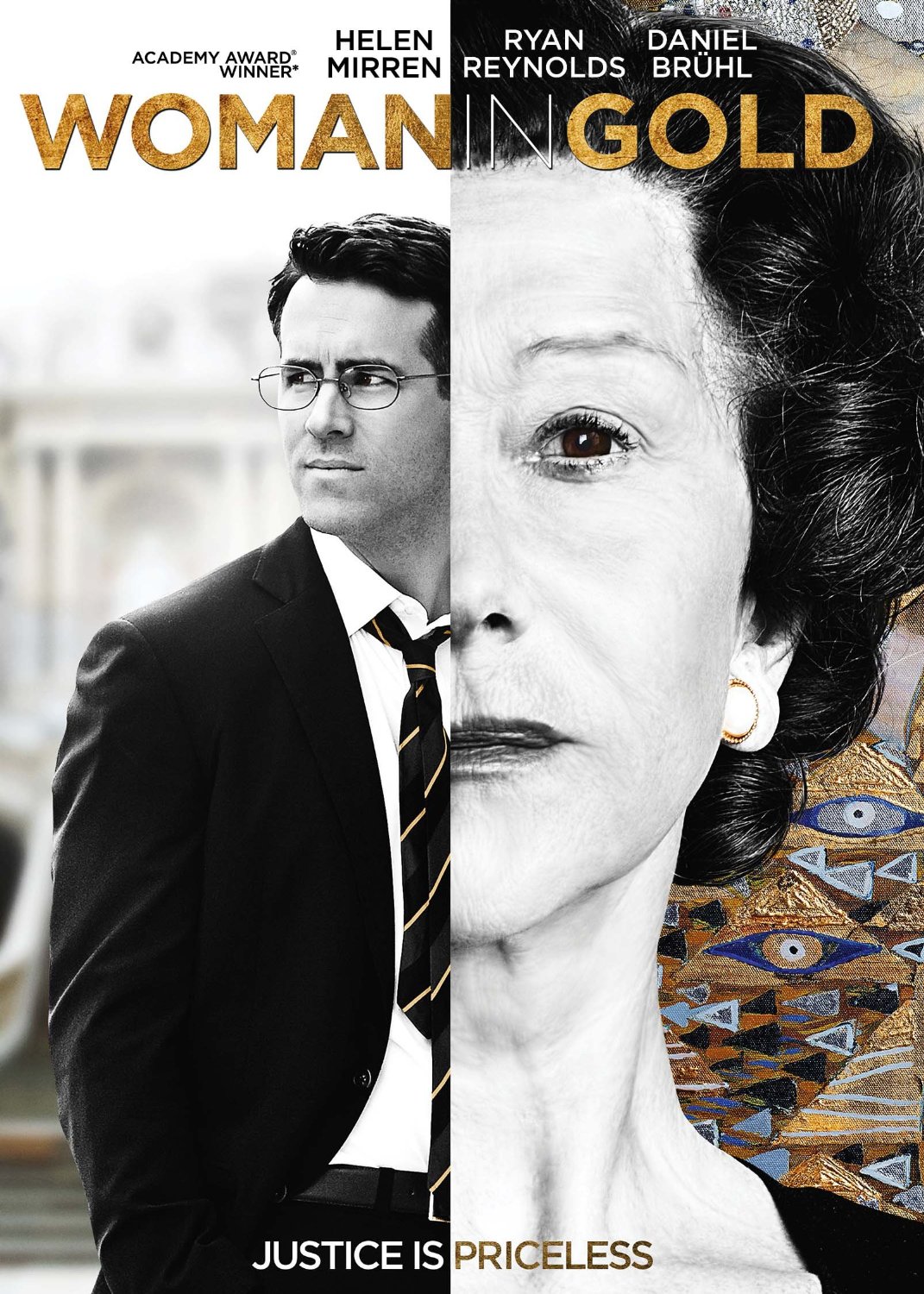 woman in gold… a reverie